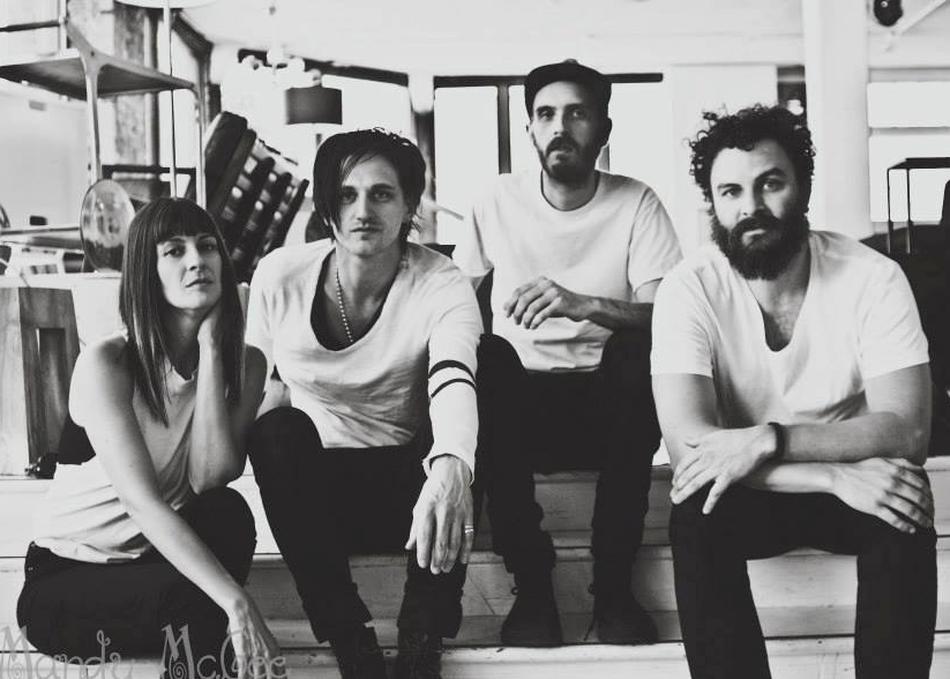 Brooklyn's Dead Leaf Echo is an music/art collective that released their debut LP "Thought and Language" in 2013. The album had clear 4AD influences as it was mixed by John Fryer (Lush, NIN, Depeche Mode) with artwork by the label's legendary designer V23's Vaughan Oliver (Pixies, Bauhaus). Their latest EP "true.deep.sleeper" released in 2014 saw them working with Monte Vallier (Weekend, Wax Idols)

DLE did multiple national tours over the past 2 years resulting in over 160 shows and taking them to SXSW, CMJ, NXNE, Northside Festival and everywhere in between. They've toured with Slumberland bands Weekend, Lorelei and played SXSW supporting The Ocean Blue and the Warlocks and on the West Coast playing with Beach Fossils and the Telescopes at The Echo. They also headlined the 20th anniversary of the indie gathering Beautiful Noise festival held in the desert of Arizona, along with Captured Tracks band Half String.

They've constantly topped the CMJ Top 20 indie charts. They've played twice live on KEXP's John in the Morning and were recently featured as song of the day and are on regular rotation on that station as well as on Nic Harcourt's Morning Becomes Electric on KCSN.

Previous tours and SXSW bills included The Wedding Present, A Place to Bury Strangers & Trail Of the Dead. They festivaled in 2011 with the Psychedelic Furs as well as played sold out shows in 2010 opening for the reunited Chapterhouse and Ulrich Schnauss.

"Some of the best live music in the city"