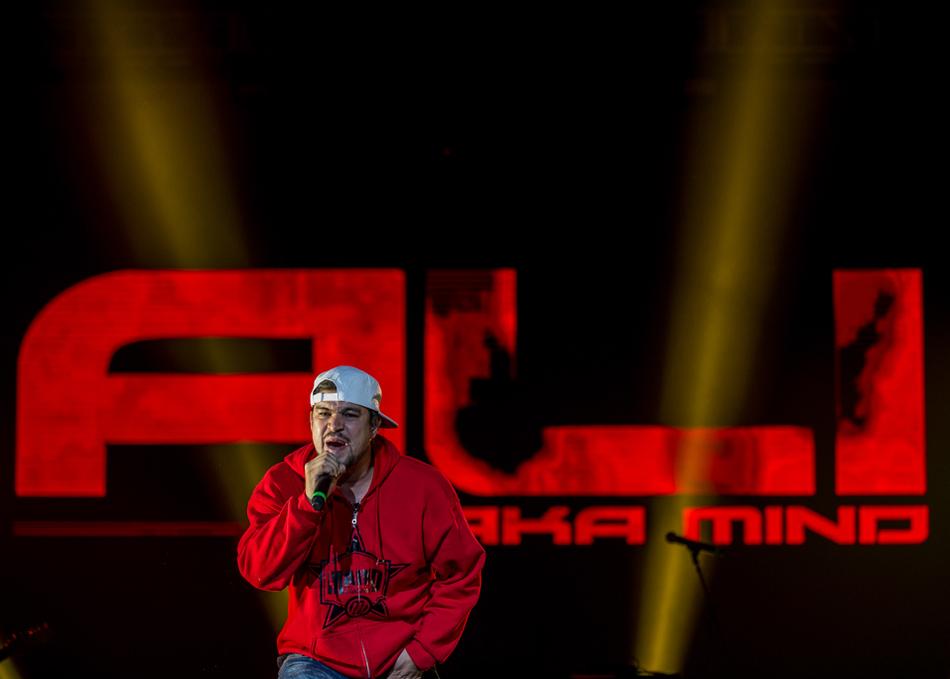 Ali Rey Montoya better known as ALI A.K.A. MIND is an independent artist (Producer and MC) that was born in the city of Bogotá‐Colombia. His influences vary from various genres from American rap artists such as Boot Camp Click to the ballads of Julio Jaramillo, from the ideas of Eloy Alfaro to the poetry of Atahualpa Yupanqui. His inspiration comes from his life experiences which are narrated in each one of his songs with a conscious and social message, his sensible way of viewing the world is what he aims to translate in each of his rap songs.

ALI began his career in the city of Bogotá as an independent MC and producer, he decided to start a group called Capital Special with also independent MC Addy‐S with which he recorded their first record called “El Arte de la Calle”.

In 2006, Ali left Colombia and within the same year he released his first solo single called “Vivimos en Guerra”.

In 2008 he released his first solo album called “Rap Conciencia” which has very socially conscious content that tells his vision of a very culturally diverse Latin America. This record has featurings with artists from the United States, Colombia, Argentina, Ecuador and El Salvador.

In 2010 he released the video of a new single called “Sigo en la mía” with DJ Akrylik, and in 2011 Ali releases his the video called “Señor Papel”. Both videos were recorded by Victory Producciones and directed by Fabricio Martín.

In 2012 Ali releases his second project called “Palabras del Alma”, an album full of poetry, and great lyrics dedicated to his roots. The first single from this production is “Hoy quiero confesarles” and the video was recorded in its entirety in Buenos Aires Argentina directed by Javier Espitia – Malpelo Films.

Before the end of 2012, the “Discúlpame” video was released which was also the second single that was released from the same album.

In 2013 he participated in a short independent film called “Una oportunidad”. Ali also released the unplugged version of the song “Afortunado” and the video was recorded in Bogotá with local artists Lianna, Sebastian Panesso and it was produced by Catalejo Films. The video for “Mi Raíz” was also filmed in Bogota and it was produced by Oro Producciones.

In 2013 Ali goes on his first international tour which he named “Latinoame‐Rica” in countries like Colombia, México, Argentina, Perú y Ecuador. He also produces a national tour in Colombia called “De Rolis Por Mi Raíz”, with which he played in 10 cities throughout the country.

In 2014 he was invited to participate in the international festival Galeras Rock in the city of Pasto, Colombia and that same month he released his third solo album called “Mestizo” which contains a combination of beats produced by beat-makers and some with actual live instruments. "Deja" was the first single and the video was produced by Luis J. Celedón – Malpelo Films & Naiz Films.

Also in 2014 Ali was invited to be the closing artists in the international Hip Hop festival Hip Hop al Parque in Bogotá to celebrate it's 18th year in production.

On April 2015 he published the first clip of the series "Universos". On 2016 after touring through South and Central America, released his fifth album (fourth as a soloist) called "Sobreviviente". Ali begins his Sobreviviente Tour in Colombia. Currently on an European tour.