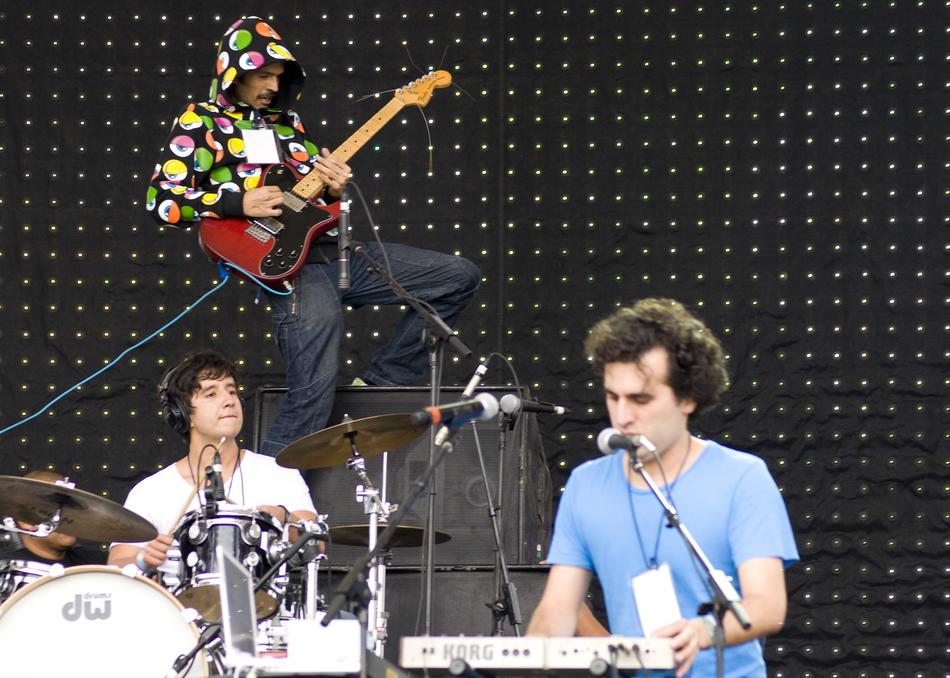 Recently, Monareta Has Rocked Major Stages From Colombia’s Rock Al Parque Festival To Belgium’s Antilliaansee Festival And From Stockholm To France's Generiq. Colombian electronica act Monareta is back with new album ‘El Baile Del Continente’ for release on 2017. The group drew critical raves for their previous releases with Californian based label Nacional Records, ‘Picotero' and 'Fried Speakers' with tracks licensed to high-profile productions like Warner Pictures film “Pride & Glory” and the ABC hit drama “Ugly Betty.” They packed rooms with tours from SXSW to Los Angeles and Denver to New York City. Just in the past years, Monareta has taken their show to the globe.

With their new album, Monareta elevates their exploration of electronic and tropical sounds to the next level.

“Their infectious cumbia-laden mix makes it impossible to stand still.”

“The Colombian-born team have been churning out their style of

danceable electro-cumbia and breakbeat since 2000, influenced both by

their home country and Brooklyn's electro scene... and just as cutting edge.”

“Colombia's most progressive deejay duo of the moment.”

“For Monareta, nods to forró, spectral dub and super-retarded ’80s

synth-pop show off versatility that would most certainly bloom into

Day-Glo intensity with a booming system and a sweaty dance floor.”