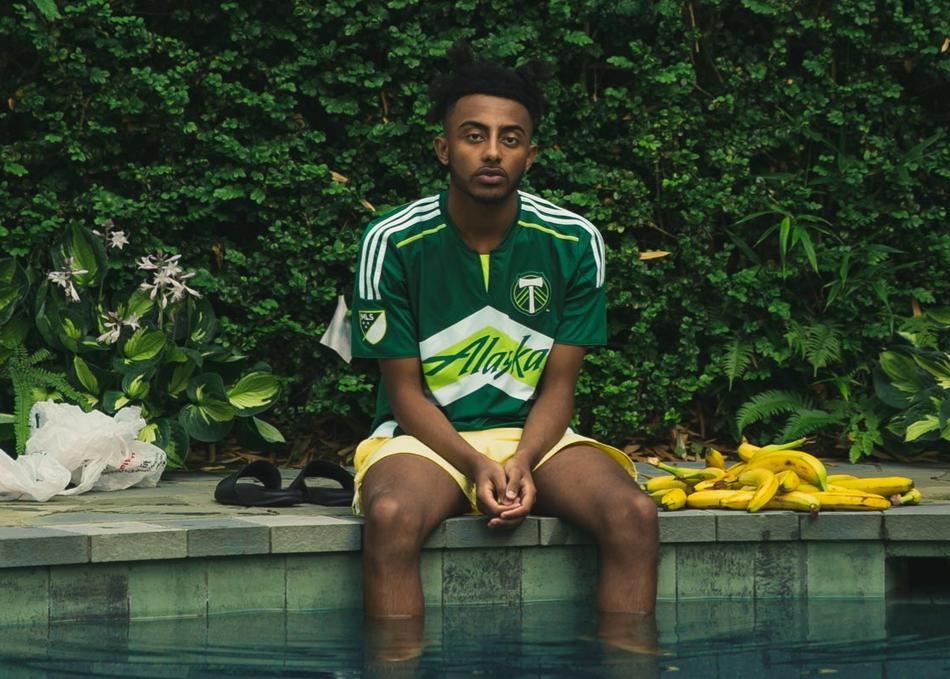 It all started in Portland, OR…

Now, Portland isn’t traditionally referred to as a hotbed of hip-hop like Brooklyn or Compton is, but Aminé could very well change that perception.

“You don’t ever think of a rapper or even a black guy coming out of Portland,” he asserts. “That’s just not a thing! However, there’s a fairly diverse subculture in the city that few people know about. It’s very different from what you would expect.”

However, everything he does defies expectations. The rapper, artist, and director draws equal influence from his parents’ Ethiopian heritage as he does from trailblazers such as Kanye West and André 3000. He’s more likely to record in a remote AirBNB’ed wilderness cabin than he is in a posh studio, and he cites Quentin Tarantino and Wes Anderson as major inspirations. Building on a lifelong passion for music, he began recording in high school and quietly sharpening his mic skills. While attending Portland State University, he released his 2015 project Calling Brio. Merging visual lyricism, swaggering production, and his clever, catchy bars, it became a phenomenon on Soundcloud, racking up over 1 million+ plays. In addition to praise from Pigeons & Planes, HypeTrak, and more, Complex spotlighted him as “one of the artists we’re certainly checking for this year.”

“I’m a fan of all genres,” he explains. “My parents always played African music and Bob Marley. Then, I grew up on everything from Erykah Badu to John Mayer. I want to do something that reflects this diversity. My songs need to be good for the listener personally.”

Representing that mosaic style, his 2016 single “Caroline” struts through a funked-up tribal bounce with the kind of grit and gusto that’d make Jules Winfield and Vincent Vega proud. Upon release, it quickly caught fire, garnering 10 million-plus Spotify streams, 8 million-plus Soundcloud plays, and 4 million-plus YouTube/VEVO views as well as reaching #1 on Spotify’s Global Viral Top 50, #1 on the US Viral Top 50, and #1 on the Canada Viral Top 50. As the track took off, he inked a deal with Republic Records.

“With ‘Caroline,’ I wanted to make an encouraging and fun record,” Aminé goes on. “It really happened in the moment, and it’s a feel good song.”

It’s also just the beginning. Aminé has a lot more surprises up his sleeve for Portland, hip-hop, and the world at large.

“I never want a basic reaction,” he leaves off. “I want you to always have questions. I hope to challenge listeners to wonder why. Those are the artists I care about.”