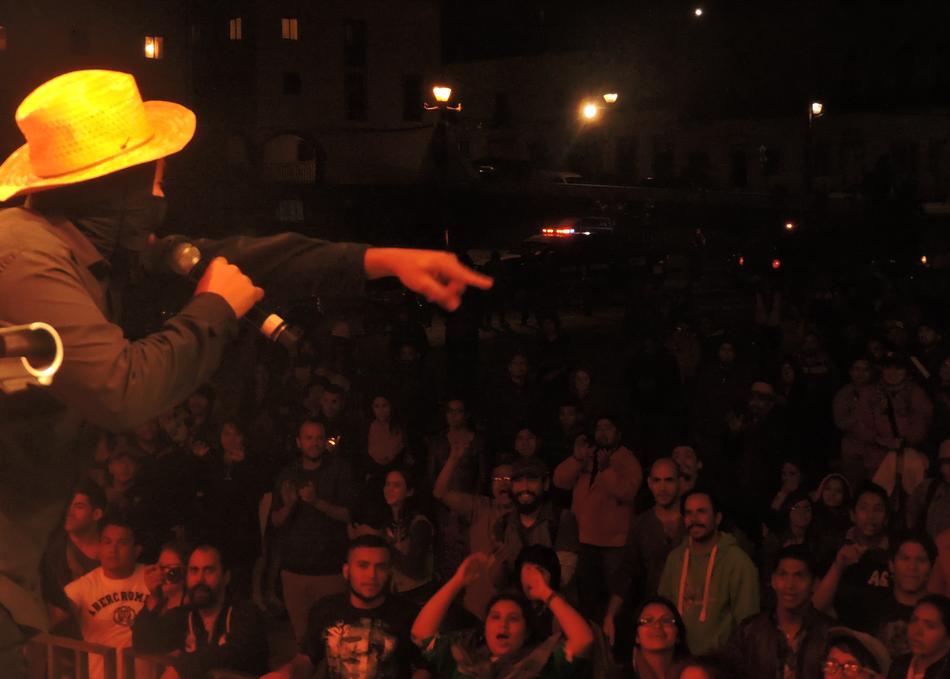 Since his birth in Lyon, France in 2008, Mr. Blaky, a black mask and yellow hat character, has not stopped bringing his Funk, Rap, Rock, Traditional rhythms of northern mexico and other fusions to various countries around the world.

Mr. Blaky has made 4 albums in which the fusion of fresh music, is united with letters that come from the observation and description of our day to day, composed by the things that we like and those that we dont like, forming songs that allow to develop a dynamic theatrical music show where the interaction with the public is energetic and constant.

Throughout his career, Mr. Blaky has been reviewed and interviewed by a large number of international media (newspapers, blogs, magazines, TV programs, radio, etc.). A live session for the Mexican TV program Central Once, Canal Once and Gritaradio; Reviews by Chava Rock, Vice Noisey's Magazines, Indie Mexico, or interviews for newspapers like La Jornada, El Sol de México, El Universal, among others. View reviews and interviews >> https://www.google.com/webhp?sourceid=chrome-instant&ion=1&espv=2&ie=UTF-8#q=mr%20blaky