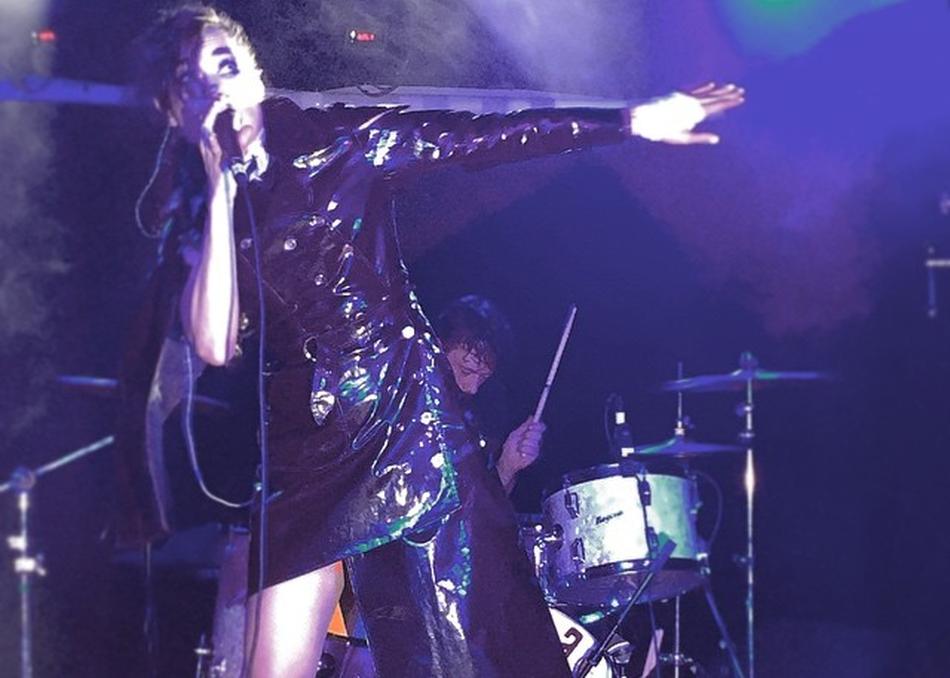 Originally from St. Louis, MO., KRISTEENYOUNG are a New York City based keys, bass, and drums (zeppelin-heavy, avant garde, piano-bash rock) trio. Kristeen Young is also the front person, keyboard player and songwriter for the band, Sylvia Black plays bass, and Jefferson (Baby Jef) Wayne White is the drummer. Their sound has been described as prunk (prog/punk) but mixing in other genres at times, too, with Young singing operatically at times. They have toured extensively as support band for Morrissey, played (for their last album release) on the Late Late show with Craig Ferguson, and recorded a (Kristeen Young written) duet with David Bowie. KRISTEENYOUNG have a (Tony Visconti co-produced) new album coming out in 2017 called Live at the Witch’s Tit on which Nick Zinner, of the Yeah Yeah Yeahs, plays guitar on a few songs. Other guest guitarists include Vernon Reid (Living Colour) Sarah Register (Talk Normal), and John LaMacchia (Candiria).