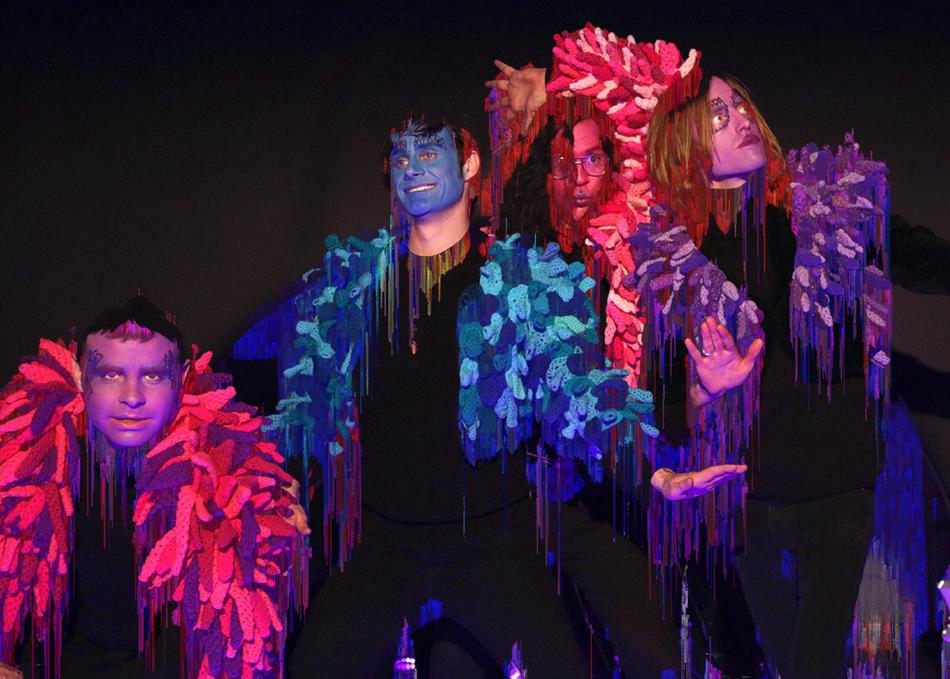 Sun And The Wolf - Precipice

The end of 2008 saw the arrival in Berlin of Brodie White, Peter Mangan and Mike Tweed, founding members of acclaimed New Zealand band "The Have", the outfit they formed whilst still in the clutches of High School in their hometown of Whanganui. By the time they touched down in Germany they were already dedicated to a life of music, having toured and recorded continuously for years, even venturing to America twice to attend SXSW (2004 and 2005) before they had escaped their teens.

From the ashes of their former outfit, and a more insulated existence in their homeland, Sun And The Wolf was formed. Taking influence in their new surroundings, and the mishaps and heartache that comes with starting again in a foreign land, the three kiwis took refuge in a bunker underneath the bustling streets of Mitte and began fashioning a new sound and path forward. What resulted was their 2010 debut full length under the new moniker, entitled "White Buffalo". Singles such as "You and "Crocodile" represented a new sound, one which rumbled and heaved, but introduced flashes of psychedelic and sonic experimentation.

The underground success of the record allowed the band to tour extensively, playing alongside acts such as The Datsuns, Sleepy Sun, Wolfmother, Kasabian, A Place To Bury Strangers and White Denim. A video for "Crocodile" was also shot by acclaimed German director Uli M Schueppel.

By 2012 the band had begun to write and record their second album. Returning to their underground studio, now christened "The Thunderdome", the 3 New Zealanders were joined by multi instrumentalist Achilles Charmpilas, formerly of cult Greek band "2 By Bukowski". They immediately set about building on the explosive and overdriven rhythm and blues of White Buffalo, with elements of dark psychedelia, krautrock and neo-world sounds thrown into the sonic cauldron.

Their sophomore release was called "Salutations" and was put into the world in November 2014, through renowned German psych label World In Sound (Rough Trade). It received widespread critical acclaim, and once again the band toured Europe multiple times, sharing stages with the likes of Black Rebel Motorcycle Club, Dead Meadow and Radio Moscow. Their 2015 tour was punctuated with an appearance on the prestigious T.V institution Rockpalast, where they showcased singles such as "Waves In Front Of Me" and the loping, menacing "87 Years".

December 2nd marks the start of the third phase of the band. 'Precipice', released through Berlin based Duchess Box Records, will be the first single taken from their upcoming album "Jungle Juice". In keeping with the tradition of all their Berlin recordings, 'Precipice' was sculpted and tracked underground, a stones throw from their original studio, The Thunderdome. Built upon a churning, dub-inspired bass line, the new track slinks and builds, showcasing new inspirations, while maintaining the groove that the band has become known for.

Sun And The Wolf take a heart rooted in nostalgic melody and transform it into an organic groove based sound, combining lysergic era guitar sounds with a keen ear to the future. They have entered realms all their own, with few discernible compatriots. A live band not to be missed.

Events featuring Sun And The Wolf