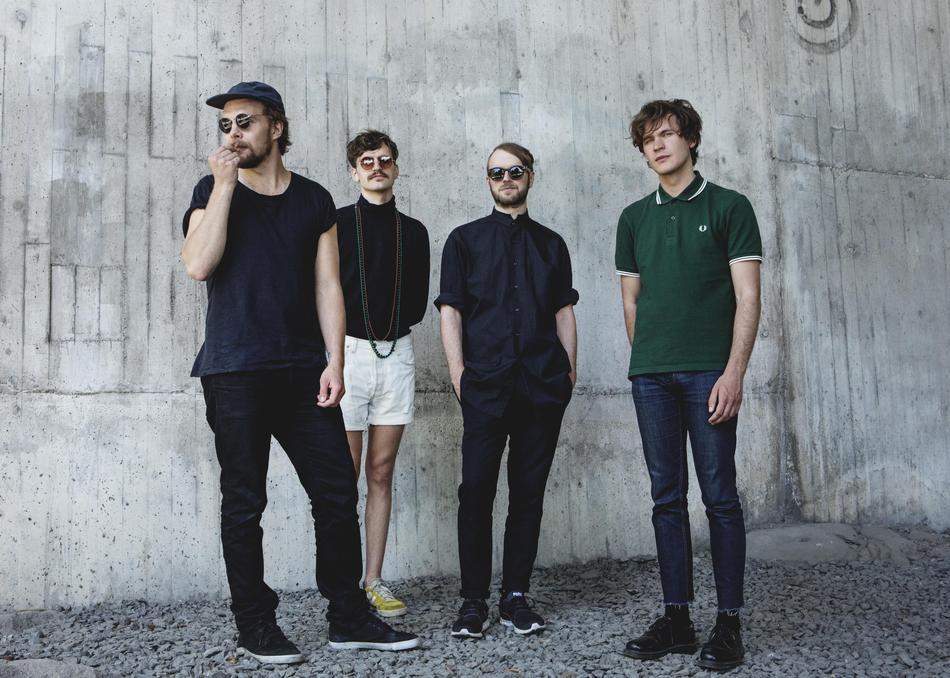 Simian Ghost started out as a recording project by Swedish songwriter Sebastian Arnström. After two critically acclaimed releases as a solo act, he asked his brother Erik Klinga and their mutual friend Mathias Zachrisson to join him.

Whilst receiving attention from both national and international press, the band released their first LP as a band, ‘Youth’, in 2012. Continuing the success of the previous efforts, ‘Youth’ garnered excellent reviews, including a lead review in The Times and a spot in The Guardian naming it “an early contender for the album of the year”.

The band spent more time honing in on their craft and then in 2014, released the 18 track double album ‘The Veil’. Following the thematically lighter ‘Youth’, it was a longer album focusing on the subjects of mental instability and western philosophy, while further pushing the idea of the music itself as a living being, disconnected from it’s authors.

Now a quartet (including the newly acquired bassist Wilhelm Magnusson), the band is preparing to release their fourth self-titled album ‘Simian Ghost’. Having made all their previous recordings at home with minimal equipment and resources, this album will be the first to contain some studio-recorded material. ”We’re just a bunch of guys doing stuff at home really”, the band states, ”so in many ways this feels like our debut album. We’re ready to do that now”. Co-produced by Thomas Hedlund (Phoenix), 'Simian Ghost' is released Fall 2017 via Heist or Hit.