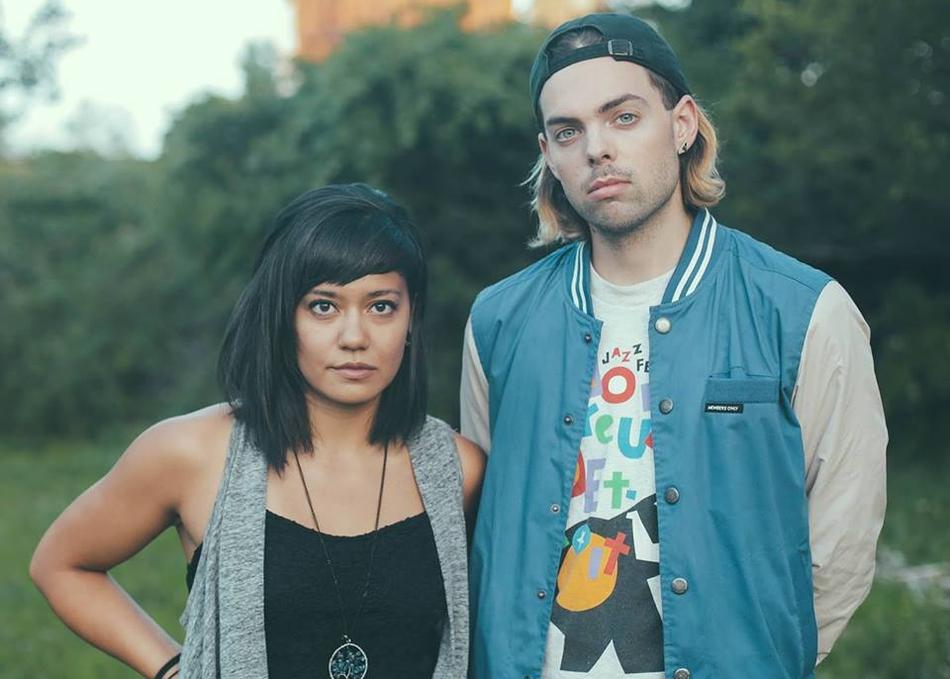 When you find your musical soulmate, the universe will allow great things to happen. Producer/multi-instrumentalist Alex Kaye and vocalist/lyricist Lianna Vanicelli are Valley Hush and have found that in each other. At the end of 2015, PopMatters named Detroit’s experimental pop group Valley Hush one of the best emerging artists. The duo makes music that is a flirtatious mixture of reality and fantasy that transcends traditional genres. Their debut self-titled album broadly connects the dots between acts such as Tame Impala, Grimes, Gorillaz, and Lana Del Rey, while still sounding wholly unique. Since their inception, Valley Hush has built a reputation on creating music that swells with energy and speaks to our shared existence that we are all in this beautiful mess together.

What does a sunset taste like? If you touched the Milky Way would you draw back a wet hand? These are examples of wild and organic abstractions of thought are the very brush Valley Hush paints with. The duo finds themselves exploring personal trials of struggle, survival and surrender through Vanicelli’s lyrics. While the lyrics are personal they are just as applicable to the masses. Vanicelli gives a voice to the cosmic forces that shift within us. Her words read more like poetry or a lucid dream, rich in vivid detail while evoking the sensation of an impending spring and never a dormant winter. The lyrics are an invitation to the internal and eternal struggle, and the way in which they are delivered is not entirely dissimilar to a mirage; a delicate and thirst quenching range of highs and lows.

Kaye's instrumentals take the lyrics to a new horizon, combining elements of many different musical genres into seamless journeys of sound. Taking cues from producers and artists such as Damon Albarn (Gorillaz), Dan Auerbach (The Black Keys), Danger Mouse, and Hot Sugar, he adds his own touches picked up from years of working as a freelance writer, producer, and engineer in the city of Detroit. He records their songs in several different studios in the Detroit area, including a massive hundred-year-old church converted into a recording space. If you listen closely you can pick up on extremely small production details throughout the course of a Valley Hush song. His goal is to make their music sound like a detailed painting, with waves pushing through space to the listener's ear, rather than brushstrokes to their eyes.

When performing live, the duo expands to a four-piece band to help fill out their sound and allows for their seamless production to take on a new skin. The inclusion of a full band pushes Valley Hush into raw and ferocious territory while still remaining tethered to their signature spacey, dreamscape vibe. They define success by their commitment of authenticity to their vision in hopes of inspiring many with their thoughtfully crafted aural landscape.

After performing at the 2016 Middle of the Map Fest in Kansas City they signed to festival curators own label The Record Machine. Valley Hush has released 2 previous independent EP’s and is currently putting the final touches on their mesmerizing self-titled debut full-length album to be released late 2016.