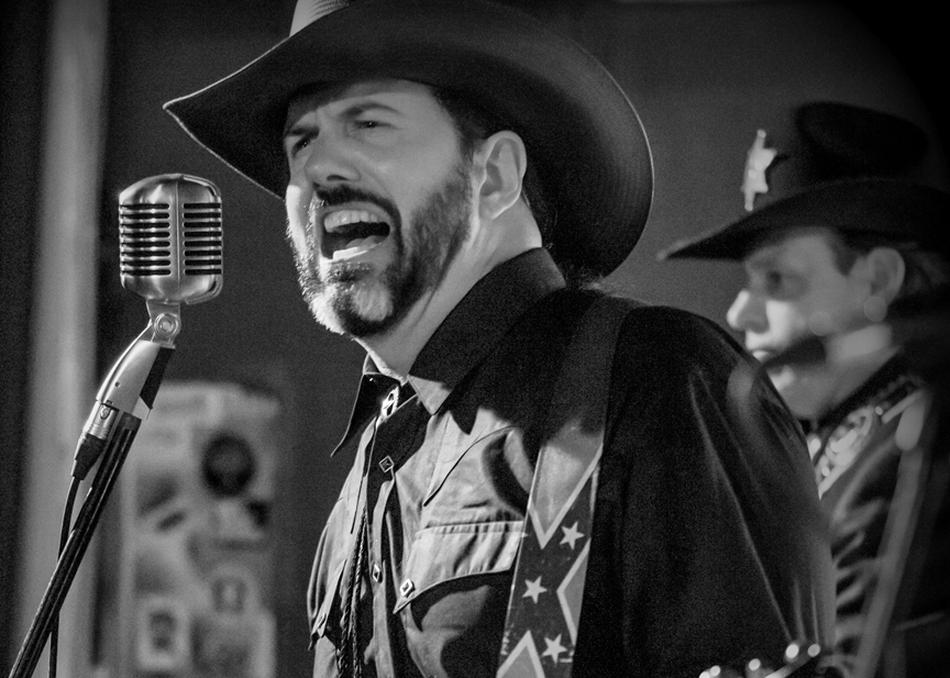 As the legendary voice of the genre defining extreme metal pioneers Morbid Angel, David Vincent’s unapologetic rebel approach has been a force in the music world since the mid 1980’s. Following his unexpected departure from the band in 2015 and subsequent relocation to the Lone Star State of Texas, his musical direction has also taken a big step “out of the box”. Inspired by the immersion into his new Hill Country surroundings and the Lone Star culture has made way to a dirty, organic Texas Country Outlaw style, perhaps reminiscent of the original country outlaw performers in the 1970’s.

With the release of “Drinkin’ With The Devil”, the first recording session featuring guitar legend, Danny B. Harvey (Headcat, Wanda Jackson, Nancy Sinatra), and produced by Gene “Machine” Freeman (Lamb of God, Clutch, KYNG), is sure to raise some hell…and many eyebrows.