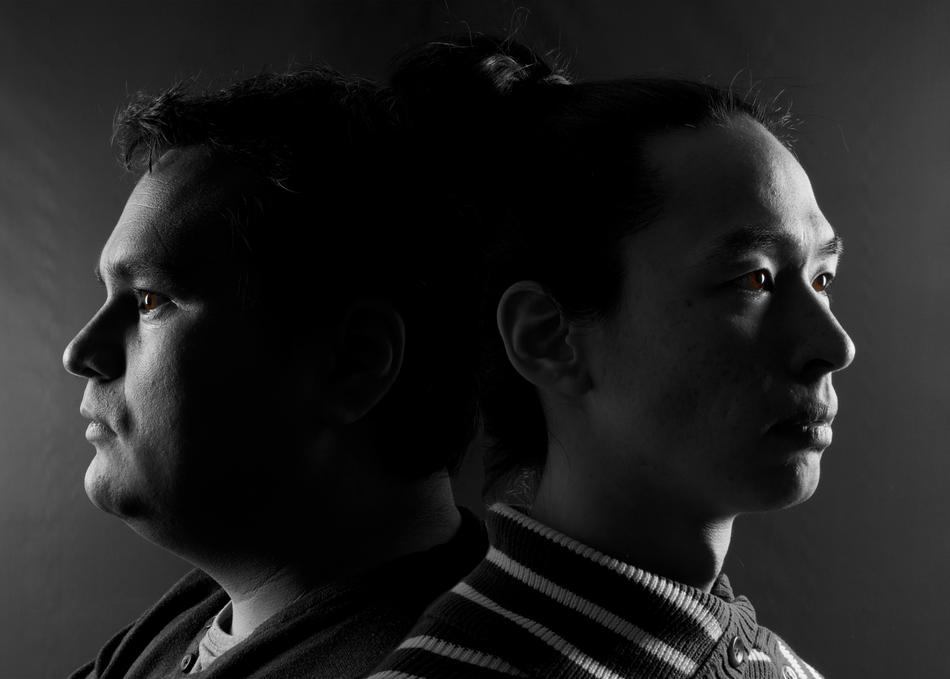 Aqqalu Engell, better known under his stagename Uyarakq, is a greenlandic electronic musician, producer and a DJ.

His musical background is mostly metal music, which he played with passion in most of his youth.

He's also the owner of Mediahouse Qunnersuaq, a production company and a music label.

Peter Lyberth, better known under his stagename Peand-eL, is a greenlandic rapper, a poet and a music producer.

He started his career with his debut album 'Eqqissitinnga' in 2005, which was a big hit in Greenland.

His texts about the harsh reality in Greenland and his flow wasn't seen before in his home country.

He released the album 'Kunngiitsuuffik' with Uyarakq in 2015, which was nominated for Nordic Councils Musicprize in 2016.