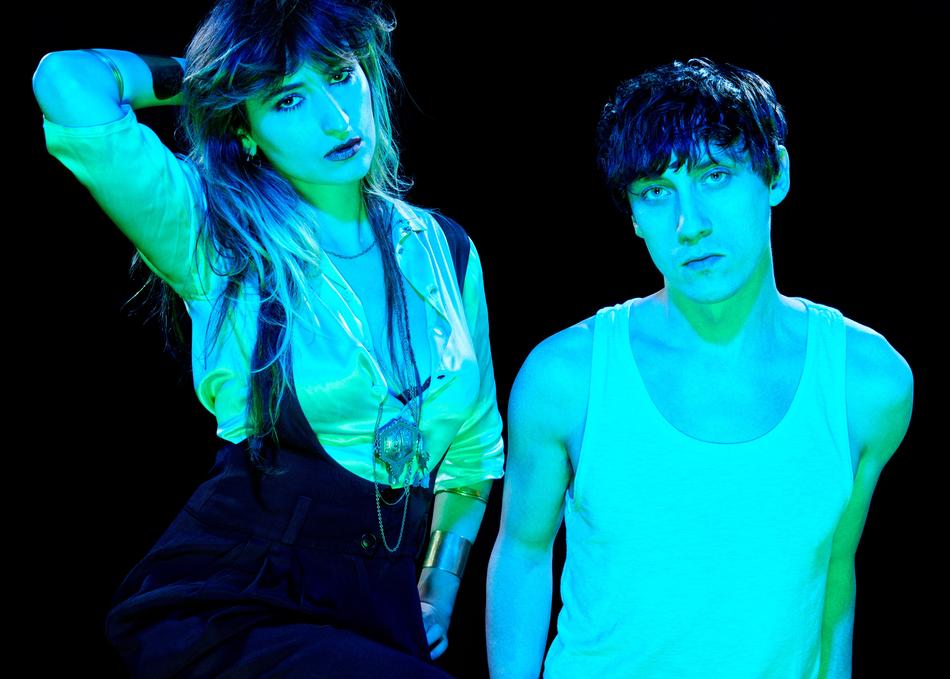 Tempers are a NYC-based duo comprised of Jasmine Golestaneh and Eddie Cooper. Their dark electronica sets haunting songwriting to a sinister disco beat, pop melodies floating in an almost industrial soundscape. The pair describe their collaboration in an uncommon way: "We have these sort of unspoken criteria when we're writing music together. We never really need to explain what that is but we both know when it's missing or when we've hit it." Through this telepathic kinship they create an emotional and tonal tension of sensual and mechanical impulses. Singles from their debut album 'Services' - ‘Eyes Wide Wider’, ‘Hell Hotline’ (mixed by Damian Taylor (Bjork)), ‘Strange Harvest’ and 'Undoing' (mixed by Kevin McMahon (Swans)) received coverage across US and EU blogs including Pitchfork, The Fader, V Magazine, Vice, and Interview. Tempers' new EP, 'Fundamental Fantasy', featuring a remix by Joakim, will be released by The Vinyl Factory on February 24.