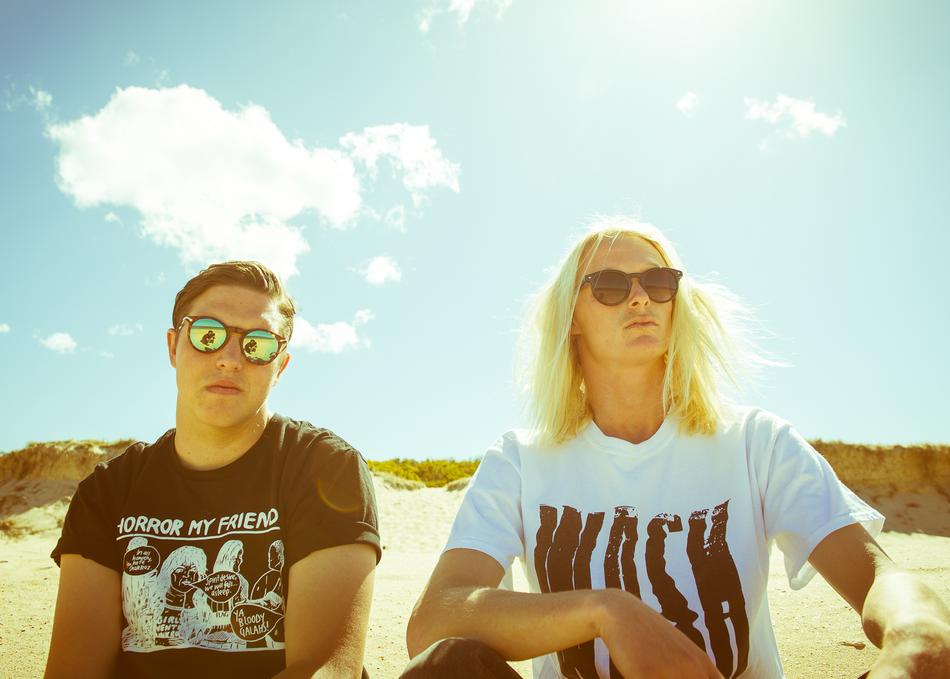 Hockey Dad - A Night Out With

Born in the tidal pools of a southern NSW inlet, on what has affectionately become known as The Leisure Coast, Hockey Dad have now begun to grow up, spread their wings and fly even further abroad than what their island home, Australia, has permitted. The two-piece surf rock duo, made up of Billy Flemming (Drums) & Zac Stephenson (Guitar / Vox) began from humble beginnings, like most surf garage bands. However, having developed a knack for writing addictively catchy surf tunes and a live set to back it up, the pair quickly worked their way through local bars & venues and solidified themselves as the hottest new thing. Soon after, the rest of Australia was taking notice. Having signed a label deal (Farmer & The Owl / Inertia), releasing a debut EP (Dreamin), an agency deal (Village Sounds), touring with some of the countries hottest acts (DZ Deathrays, Bad/Dreems, Jungle Giants) and selling out multiple headline tours of their own. Not ones to slow down, the two best mates then begun to look abroad and the future release of their next project; A debut album. Following a quick stint to the US for CMJ, it appears their infectiousness is still just as contagious across the Americas, having signed both label (Kanine Records) and agency deals (Flower Booking). With their Debut Album 'Boronia' now released and this trend seeming to continue from nation to nation, the band seems to be on a quick trajectory. The only question is, with all the worldwide demand, when will they surf?