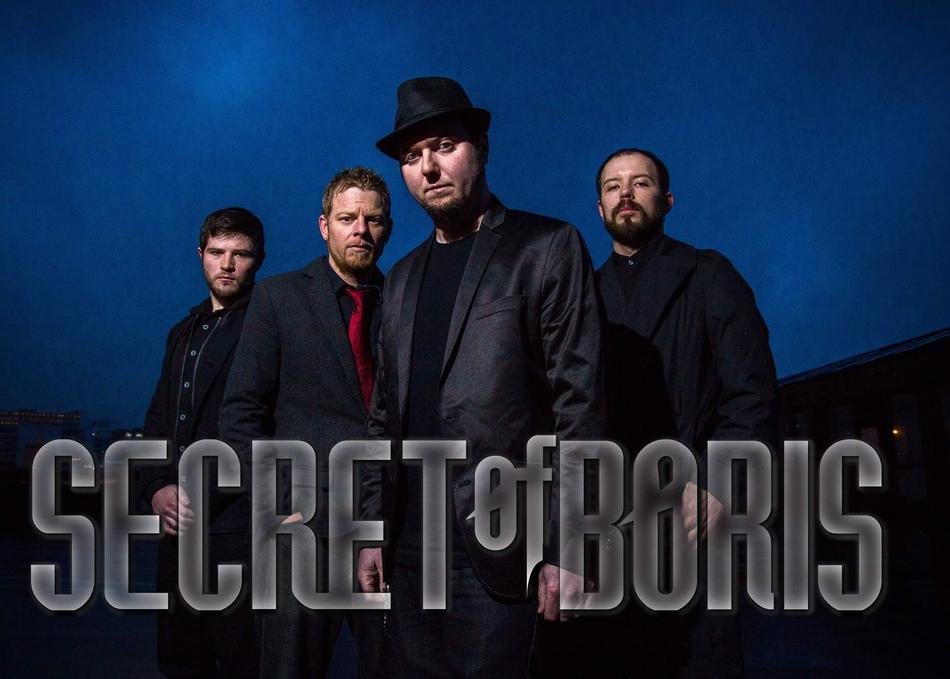 Secret of Boris has emerged from Dallas, Texas with a uniquely heavy yet hauntingly beautiful hard-rock sound. “An infectious blend of catchy hooks, snappy rhythms and aggressive riffage,” according to Jerry Rutherford of LIT Monthly. Secret of Boris burst onto the scene and left fans breathless and yearning to know the “secret”. Your Ghost, the band’s debut album (set for release in 2015) has already received a ravenous response by critics. “It’s melodic, progressive, indie, mainstream metal, and pop.” Says Robert Miguel of Robert Miguel Presents, “Like being turned on to the best stuff you’ve never heard with the comfortable familiarity of the stuff you’ve heard a million times.” Your Ghost catapults the listener on a roller coaster of emotion, intensity, hope, and sorrow, along with a few well-placed tongue in cheek angry jabs. This album is dark yet hopeful, intense yet peaceful, ugly yet sexy, painful yet comforting, but above all else this album is real. But the real magic happens on stage, where Secret of Boris is known for being one of the best live bands around. Their stage shows are consistently powerful, captivating crowds with energy, always leaving them hungry for more. Secret of Boris is a breath of fresh air for hard rock fans, with a sound that is as accessible as it is innovative; their music has something for everyone.