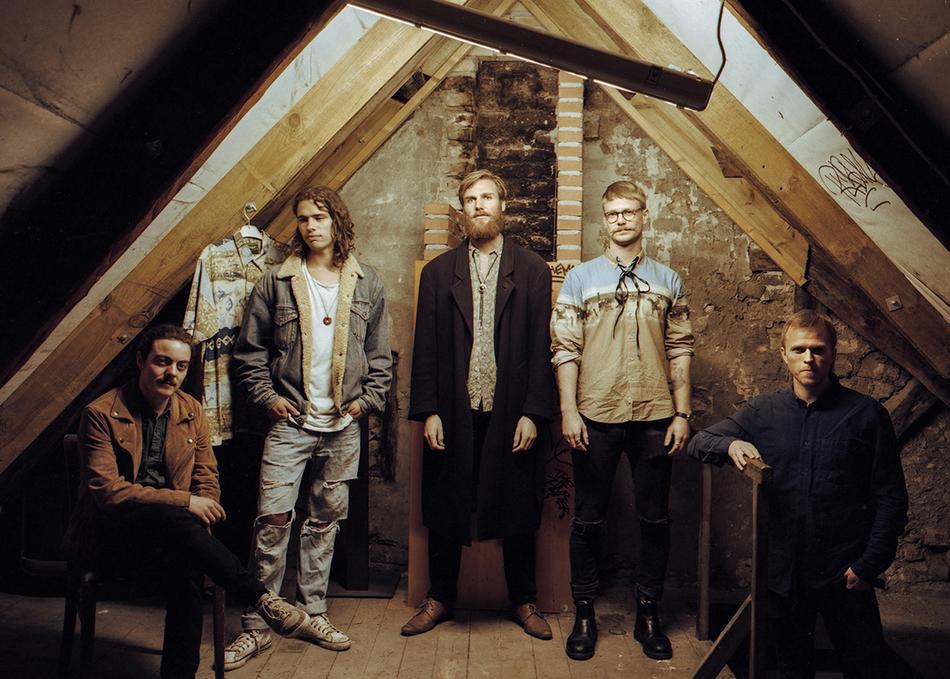 After the success of psychedelic folk outfit The Migrant, frontman Bjarke Bendtsen is ready to transcend furthermore into electronic folk-rock territory with the release of his latest project Rainbrother’s debut album Tale From The Drought, out on 3rd February 2017 via General Bird.

Tales From The Drought is all about making your way whilst on the road, dwelling on memories both beautiful and troublesome and coming to terms with the decisions that have been made. Album opener ‘Riverside’ is a stunning piece of songwriting that carries you away into the abyss and as the album continues, so do your thoughts. Each one a little more comforting than the next. Tales From The Drought invites the listener into a speckled dream, filled with steady beats, wistful Pink Floyd inspired guitar slides and a storytelling charm akin to the likes of Fleet Foxes and Bon Iver.

Rainbrother was formed after Bjarke eventually found his way back to Copenhagen. While touring with The Migrant in Europe, he performed with a group of fellow Danish musicians and after moving back to his home turf, Rainbrother was born. The album was produced by Noah Georgeson (The Strokes, Joanna Newsom, Devendra Banhart) whose flickering elements have been spun into the group’s tight rock sound making Tales From The Drought both an earthy and elevating affair.

Bjarke has already received praise from numerous well-regarded publications including Rolling Stone, Americana UK, Drowned In Sound and Pop Matters to name but a few. He has also been praised by the likes of BBC 6music’s Lauren Laverne and has supported acts such as Kurt Vile, Villagers and Sharon Van Etten.