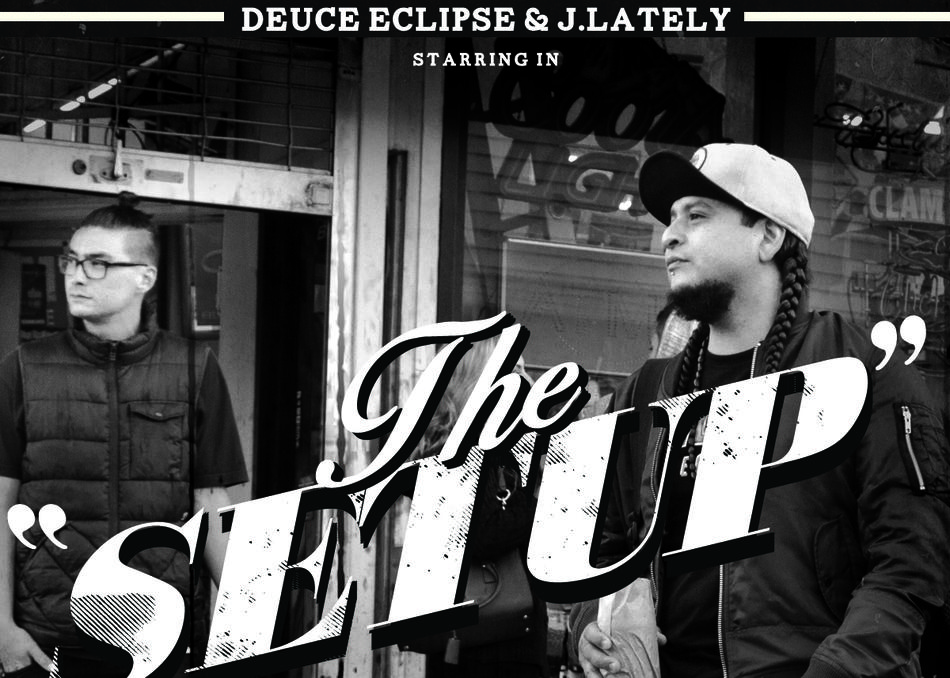 San Francisco Bay Area’s MC Deuce Eclipse, who’s well known by hip-hop fans as an accompanying voice to the legendary Zion I and lead vocalist to break-out Latin Alternative music group Bang Data, is no stranger to the worldwide music scene. Rapping since he was nine years old, Deuce Eclipse draws influence from both his Nicaraguan heritage as well as the culture of Hip-Hop he grew up with in the United States. It is Deuce’s creative openness that enables him to create a unique sound that breaks the conventional bonds of culture and style. This mix of beats, rhymes and melodies are infused with soulful bilingual (English/Spanish) lyrics.

This year Deuce Eclipse is teaming up with J. Lately to perform their collaborative album "The Setup" with special guest DJ Nocturnal. The album finds the duo rapping over hard hitting boom bap beats with intricate lyrics touching on current social and personal issues. Despite some of the heavy content, the SF Bay Area emcees maintain a positive and lighthearted perspective throughout the project. With a sole feature from Zion I, the album has the feel of a classic group project, where the emcees trade bars, build concepts together, and at times even switch from English to Spanish, or from rapping to singing. Catch them live Saturday, March 18 at Speakeasy Austin. For more info visit www.deuceeclipse.com