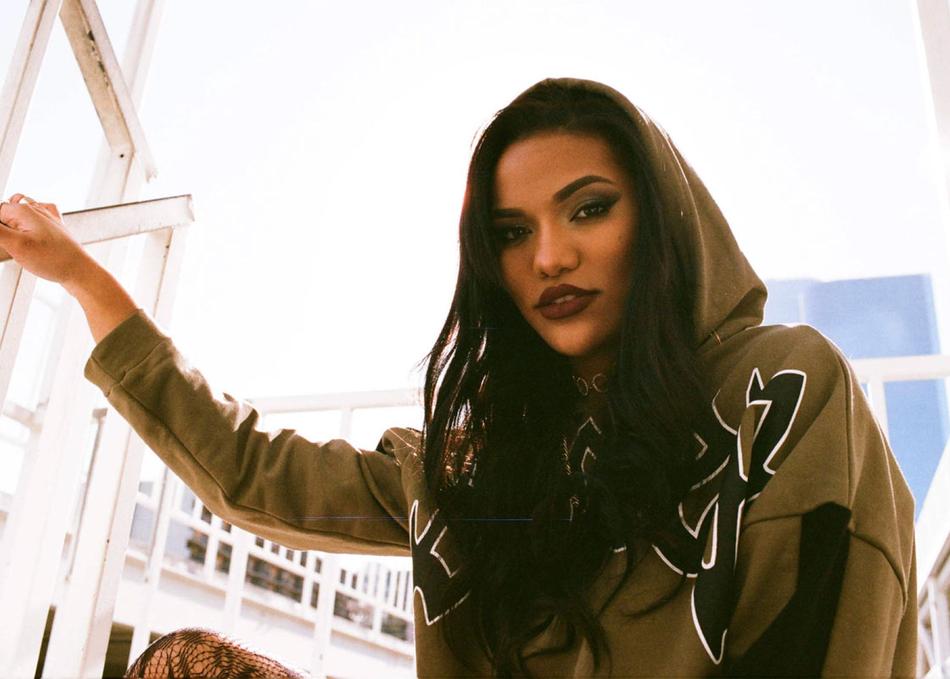 New artist CymcoLé is a singer-songwriter, model, and actress bringing a unique blend of R&B and Pop music with a twist. She incorporates Island, Latin, and Trap influences in her music making it a new sound for everyone.

Growing up in Orlando, FL, and Cincinnati, OH, CymcoLé comes from an athletic and musical background. Her mother was interested in the Performing Arts, and her father is Hall of Fame baseball’s shortstop, Barry Larkin, who played for the Cincinnati Reds.

CymcoLé discovered her passion for music at a very young age. She was involved in music theater and dance as a child. She also played sports and had the opportunity to go to some of the top colleges for division 1 lacrosse but felt music was her calling. She began pursuing a career in music once she reached the age of 13. Her first break in the industry was when she worked internationally in Brazil when she was 15. In 2012, Mister Jam's “Bring On The Nite” featured her, which ended up reaching #4 on the charts in Brazil. She went on to work in Brazil for about four years and had some great success.

CymcoLé wanted to start pushing her career in the U.S, so she decided to move to Los Angeles with her sister Brielle Larkin, who is also her Creative Director/Stylist/Make-up artist. The two worked in LA for about six months before moving to their current location, New York City. New York gave CymcoLé the fit she wanted. She now feels she’s making the music she wants with the right team supporting her. She has created her debut EP, “Shadows,” which is set to be released in 2017 and has already been on a three month Tour with Marc E. Bassey. “Shadows” is an edgy, sexy, fun EP that will make you lose yourself in the music.

“It’s about me breaking out and having a name for myself,” she proclaims.

“Now it’s my turn. I’m coming out of that shadow and saying: this is me and nobody can change that.”