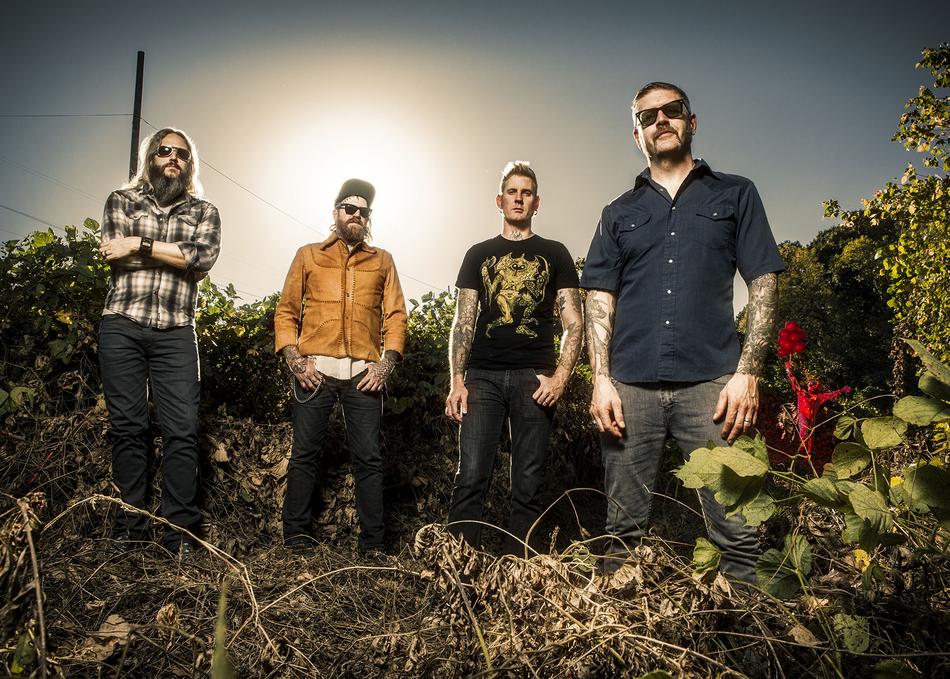 After sonic journeys inspired by fire, water, earth, air, and the cycles of life, GRAMMY® Award-nominated hard rock band Mastodon ponder the nature of time on their eighth full-length album, Emperor Of Sand, on Reprise Records set for release spring of 2017. Threading together the myth of a man sentenced to death in a majestically malevolent desert, the Atlanta, GA quartet—Troy Sanders (bass/vocals), Brent Hinds (guitar/vocals), Bill Kelliher (guitar) and Brann Dailor (drums/vocals), and conjure the grains of a musical and lyrical odyssey slipping quickly through a cosmic hourglass.

Since forming back in 2000, Mastodon have certainly made the most of their time. Most recently, their 2014 seventh offering Once More ‘Round The Sun bowed at #6 on the Billboard Top 200, marking their highest chart entry to date and second consecutive Top 10 debut following 2011’s The Hunter. Casting a shadow over pop culture, they received “Best Hard Rock/Metal Performance” GRAMMY® Award nominations in 2007, 2014 and again in 2015. Their music blasted through the Academy® Award-winning comedy The Big Short, animated blockbuster Monsters University, and sci-fi western Jonah Hex starring Josh Brolin—for which the group composed the score. After contributing “White Walker” to HBO’s Catch The Throne, Vol.2 mixtape, Dailor, Hinds, and Kelliher appeared as “Wildlings” in a popular episode of Game of Thrones Season 5.

Not only did they earn the appreciation of Time, Rolling Stone, Stereogum, Billboard, and more, but they also turned many peers into fans, including Metallica, Pearl Jam, Tool, Queens of the Stone Age, CeeLo Green, and Feist, to name a few. Performing everywhere from Coachella and Bonnaroo to Download and Sonisphere and nearly every major festival, they’ve headlined legendary venues such as Red Rocks and sold out shows around the globe. Emperor of Sand siphons raw emotion through the framework of an immersive story and intricate musicianship, digging to the core of what defines Mastodon and all timeless rock ‘n’ roll.