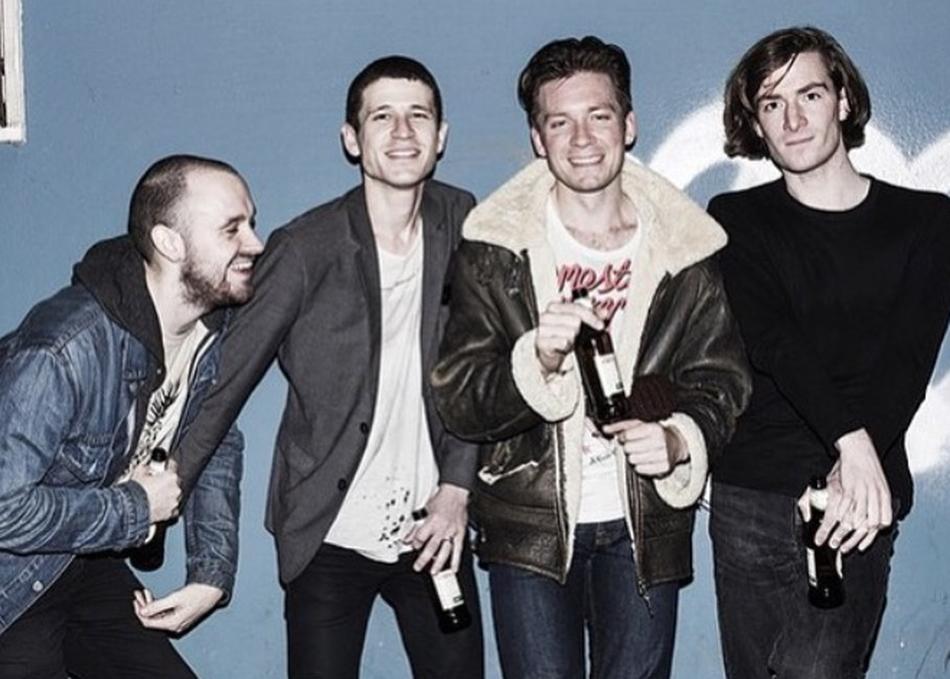 Comprised of best friends Brandon Welchez and Charles Rowell, Crocodiles have earned their place as one of the United States’ most engaging, hardworking and consistent rock and roll bands of the past few years. Dreamless is the pair’s sixth LP, their most exploratory and focused release.

Crocodiles’ first two albums made their home within a stew of fuzzed-out psychedelia, and the following three albums explored pop sensibilities placed against whirring guitars and barbed production, but on this latest album the duo’s artistic departure places their guitars in the backseat in favor of a more spacious, synthesizer and piano-driven sound.

The title of the album works levels: “I suffered insomnia throughout the whole session. I was literally dreamless,” explains Welchez. “The past two years had been fraught with difficulty for us—relationship troubles, career woes, financial catastrophe, health issues,” he continues. “It was easy to feel as if the dream was over.”

Recorded in Mexico City once again by friend and occasional bandmate Martin Thulin (Exploded View), Dreamless keeps the exemplary production on Crocodiles’ previous releases and reconciles their realigned focus on keys by pairing down the instrumentation to allow lyrical sentiments and themes to cut through.