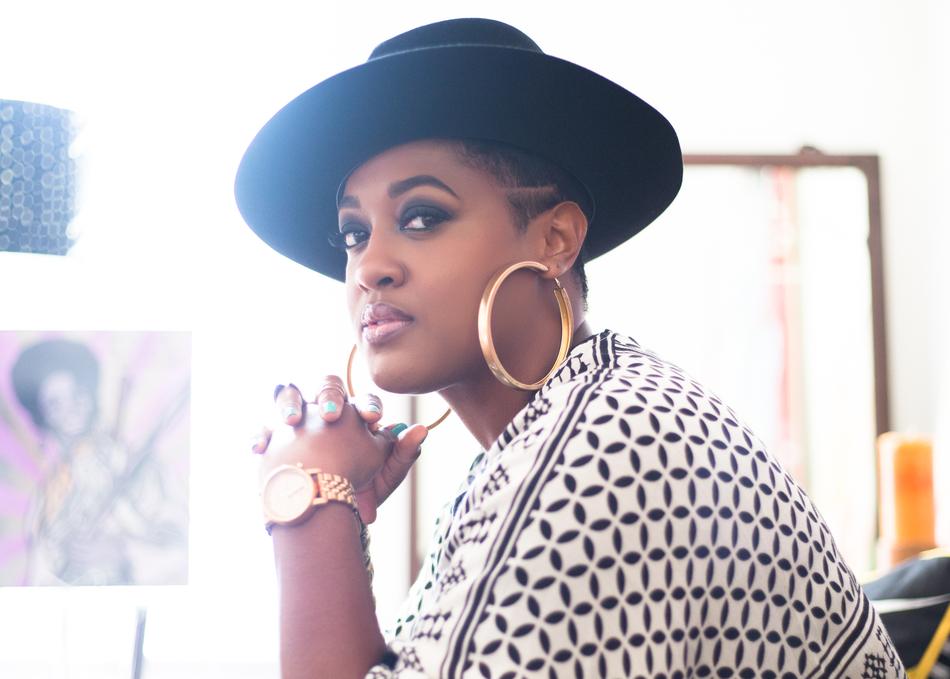 Rapsody is a GRAMMY nominated North Carolina emcee signed with super producer, 9th Wonder for Jamla Records, and most recently Jay-Z’s Roc Nation. With several projects, a critically acclaimed debut album in 2012, and the lone guest rap feature on Kendrick Lamar’s To Pimp A Butterfly, she is quickly establishing herself as one of the best emcees of this generation.

The Idea of Beautiful was her debut album and XXL quoted that "it might just be one of the best Hip-Hop debuts of late". In just a short time she has worked with some of the biggest legends and newcomers in the business, ranging from the likes of Erykah Badu, Raekwon, Big Daddy Kane, and Marsha Ambrosius to Estelle, Kendrick Lamar, Mac Miller and Big K.R.I.T, to name a few.

She toured with Mac Miller in 2011 on the Incredibly Dope Tour, as well as Phonte and 9th Wonder, and performed at the 2012 Paid Dues Festival. Also in 2012, Hot 97 included Rapsody in their list of "Who's Next" artist of the year, she was featured in The Source Magazine's "Rising Venus" list of female artist, a XXL Show and Prove artist, also became an official BET Music Matters artist.

In 2013, Rapsody released her highly anticipated mixtape, She Got Game hosted by DJ Drama, featuring Jay Electronica, Common, Ab-Soul, DJ Premier and more. The project received rave reviews and was featured as one of Pepsi's Mixtapes of the Month. She Got Game was also a top mixtape of the year on HipHopDx and XXL 2013 list, and the single "Lonely Thoughts" ft Chance the Rapper was voted in NPR's Top 100 songs of the year. In 2013, Rapsody performed in the BET Hip Hop Cypher as well as Rock the Bells. She was also named one of New Music Seminar's "Artist on the Verge" for their 2014 Top 100, and regarded as a top artist to know by both TIME Magazine and USA Today. To end the year, XXL named Rapsody one of the 20 Greatest Female Rappers of All Time.

Beauty and the Beast, her 7th project, was a 10 song EP she released with no features in 2014. Fueled by three lead singles, Drama, Godzilla and The Man, the EP’s was welcomed with rave reviews.

In 2015, Rapsody gained a huge boost of momentum when she was called on by Kendrick Lamar to have the only guest rap feature on what was the most anticipated album of year. Some months later, while in LA working on her sophomore album, Rapsody met Dr. Dre who ended up cosigning her via video and called her “his new favorite female emcee” on his Apple Beats 1 radio show. She also was featured on Talib Kweli and 9th Wonder’s Indie 500 Compliation, and performed “Every Ghetto” with Talib Kweli on The Tonight Show with Jimmy Fallon.

Rapsody started 2016 with a standout verse on Anderson .Paak’s critically acclaimed debut album, Malibu, on 9th Wonder produced song “Without U. She would follow up with a GRAMMY nomination for her contribution to Kendrick Lamar’s sophomore album, To Pimp A Butterfly.

Most recently, she was invited to the White House by President Barack Obama and Herbie Hancock to perform at the International Jazz Fest alongside Aretha Franklin, Terrace Martin, Robert Glasper, and Terri Lyne Carrington in honor of the late Prince. And, on July 16th she announced at the Brooklyn Hip Hop Festival that Jamla Records had partnered with Jay-Z’s Roc Nation.

On November , 2016 Rapsody released “Crown”, what many hailed as one of the year’s best mixtapes, with appearances from Anderson .Paak, Ab-Soul and Moonchild.

She is currently working on her sophomore album set to be released in 2017 through Jamla/RocNation.