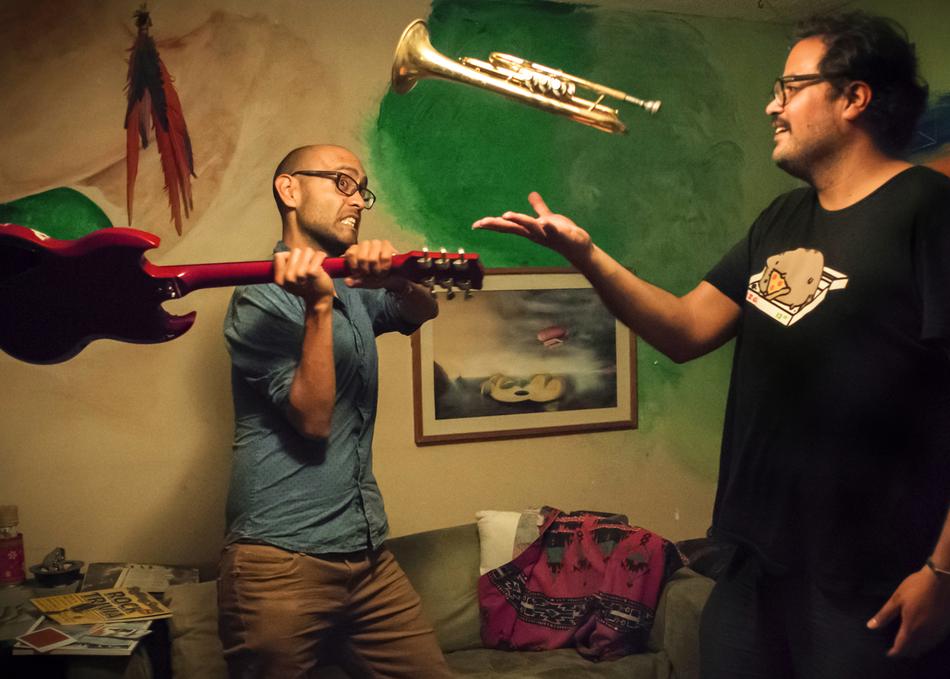 Straight from the heart of Mexico City, the Tranquilino brothers form one of the country's most emblematic duos: Yokozuna. Their classic rock core is influenced by grunge, no wave, and a diversity of multi-genre artistic performers, while a heavy rhythm section and electrifying onstage presence make them a crowd favorite.

Arturo (guitar, synth and vocals) incorporates oscillating keyboards with intense guitar playing that often involves using a bow or even his teeth. Antonio (drums and vocals) is a rhythmic genius whose sound effortlessly morphs from classic powerful rock to bossanova, including long improvised jazz solos that can blow any music lover’s mind. He is also known for playing soulful guitar ballads in the middle of a show.

Their explosive energy on stage has brought them massive audiences and recognition in major festivals, including five times Vive Latino (MX), Ruidofest (USA), Monkey Week (SPAIN) and SXSW (USA), to name a few. They've also been chosen as the supporting act for international artists such as Mudhoney, System of a Down, Mastodon, Ghost, Wolfmother, Japandroids and Bad Religion.