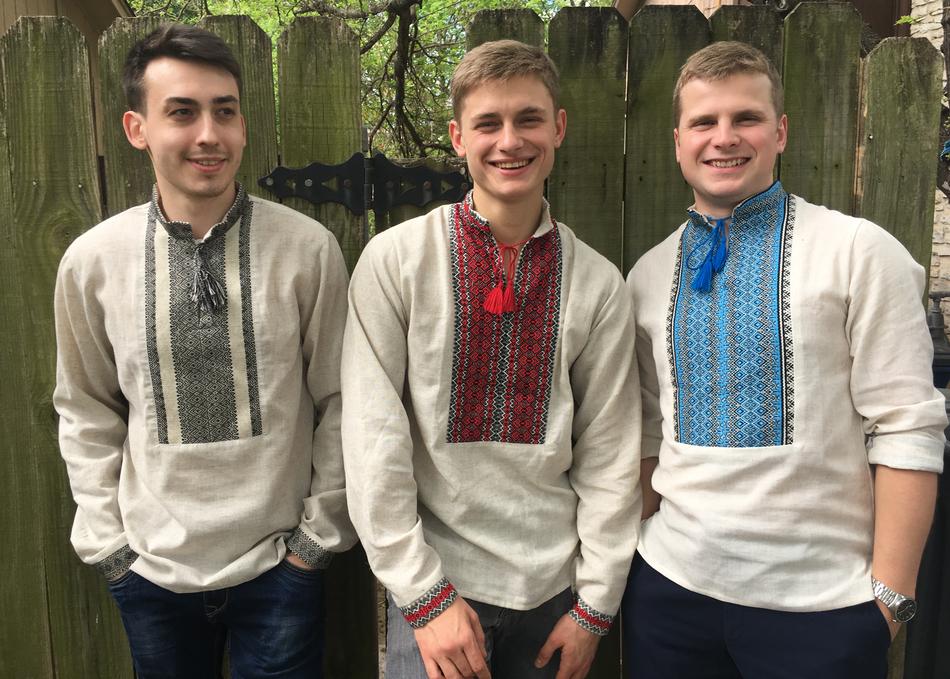 SpivOberta is a young Ukrainian band interpreting traditional folk songs and creating original Ukrainian music. Kyrylo Vakariev, Illia Levchenko, and Kyrylo Bavykin have been performing together since childhood as friends in the small town of Dobropillya in the Donetsk region of Eastern Ukraine. Their long lasting friendship and dream of creating music together as a band collide with their struggle with conflict and separation and war.

Performing in Donetsk as Hotline before the war in halls now destroyed by bombing, they have been searching for a place for their music. Last March they brought their music and story to Austin for a class at the University of Texas and for performance in the Rotunda of the Texas State Capitol, at the Russian House sponsored by the Center for Russian, East European, and Eurasian Studies, and for a gathering of the Ukrainian community in Austin. All were amazed by their performance and music.

Most impressive is their focus and ability to create new music.

The band has renamed themselves SpivOberta recording in Kiev their first EP, released in December 2016.