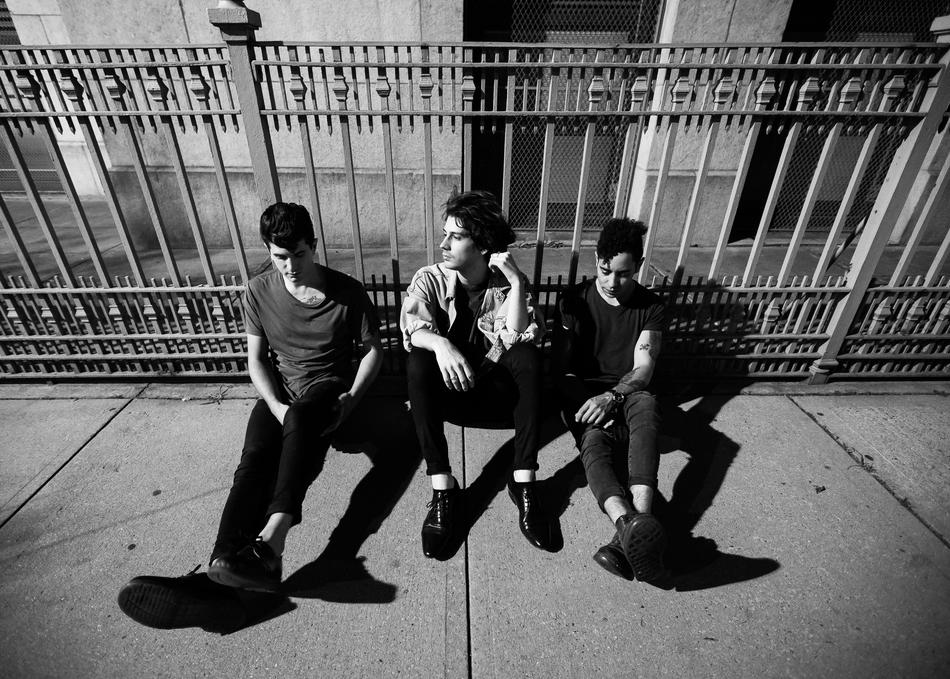 With a musical climate that changes as often as an NYU hipster’s shoe collection, Born Cages have made a statement and they’re sticking with it. In a genre which these days typically sounds like songs written and recorded in one day between strangers trying to pitch for the latest Chase Bank commercial, Born Cages are making indie/alt rock that actually has an edge to it.

When Vlad Holiday chose the name Born Cages, it was meant as a statement on his view of our culture. Drawing on the experiences of his youth growing up in a communist Romania, transitioning into being a struggling New York artist, it appeared that from the outset, people are trapped, boxed in, restrained. And now in 2017, with the current political state in the US and around the world, this notion has never rang more true. If we’re to believe William S. Burroughs, the mind itself is a ghetto. But Holiday has never been one for fashionable punk cynicism. Rather, Born Cages is a Socratic statement that asks more probing questions - which cages are yours? Are you judged by your ethnicity, your genre of music, your tastes? Social class? Do you hold the key to these cages or do you trust them to someone else?

With the release of their highly anticipated record, Exit Signs In A Burning Building slated for April 7th, the band is excited to bring this new body of work out into the world and share what they have been working on for most of 2016. The record mixes vintage synth soundscapes that wave in and out of discordancy like that old record player you grew up on, with a rhythm section that begs for you to get up and sweat out yesterday’s cheat day. Vlad Holiday’s vocal resembles a young Win Butler who sometimes hangs out with Alex Turner and Brandon Flowers on the weekends and gets the occasional, “How do you do?” nod from Springsteen and Dylan. The record is filled with gospel choirs ala Vampire Weekend, a punchy Phoenix-like guitar & synth blend, and arpeggios reminiscent of Daft Punk and LCD Soundsystem that sound as if somewhere in a beat-down New York City apartment, a wall of synthesizers meet a wall of guitars and they become best friends, regardless of who is favored in the music critic world at the moment.

On Exit Signs In A Burning Building, Born Cages plays with an urgency throughout, that posits their music as something essential, giving us all an escape to something better.