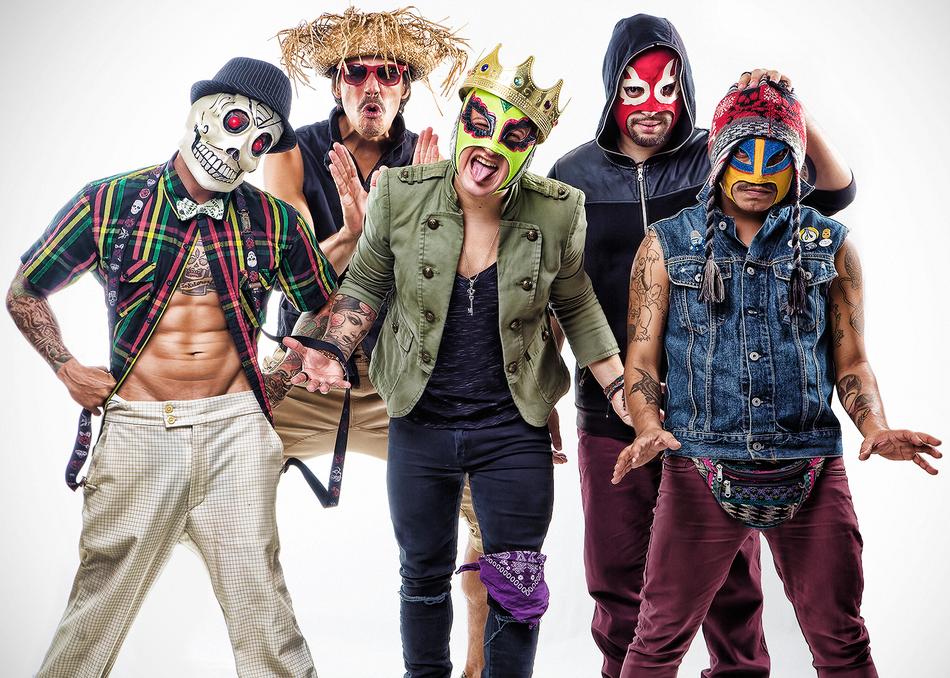 Los Chinchillos del Caribe is the first alternative cumbia group from Puerto Rico. Their sound is influenced by Manu Chao, Los Fabulosos Cadillacs, Damas Gratis, Celso Piña, Calle 13, Pibes Chorros, Tego Calderón, among others. The group was form at the students strike of the University of Puerto Rico in 2009. The band members used luchador masks during the strike to cover their identity while supporting the students. Later that year the band decided to start working in their music and live shows independently and they got the attention from various brands and promoters in Puerto rico.