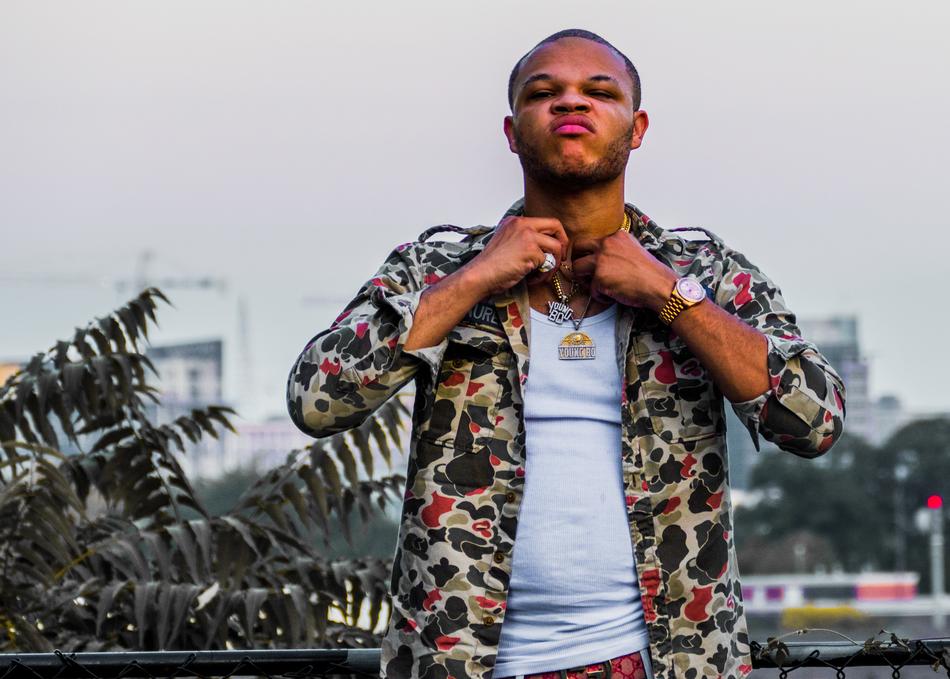 Young Bo is easily one of the most distinctive hip-hop artists coming out of Atlanta, GA. With a unique sense of fashion and a flow described as ​"​intellectual yet laid back,​"​ he​ ​captivates any audience. Known to the Atlanta hip-hop scene as a blend of Curren$y, Pharrell and T.I. with a touch of Rick Ross, but definitely riding his own lane Young Bo is quickly making a name for himself as a ​genre ​force.

Raised on the hardworking ​W​estside of Atlanta, Bo a natural born hustler was able to financially support his closest friends ​and​​ ​family while putting himself through school at Georgia State University where he earned a degree in Marketing in 2013. This same love for the grind has led to various features and notoriety within rap’s upcoming elite and talent to watch.

Performing at various venues throughout Georgia and taking ​the ​stage at acclaimed music festivals such as A3​C​, SXSW and Atlanta Hip-Hop Day, Bo has started to gain the recognition needed to rock alongside some of the most notable rappers out. Keenly aware of his humility and calling in music, Young Bo views himself as an open book for the masses and ​leads with this notion: ​My only goal is to be successful​.​​