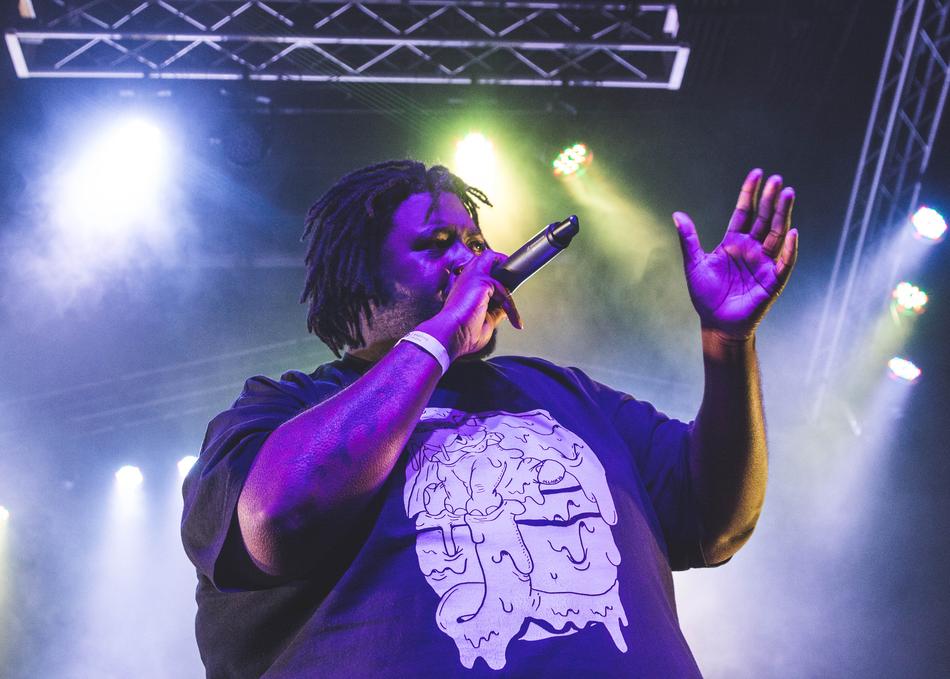 Over the years Noa James’ autobiographical rhymes have made him a pioneer in the art of storytelling and although his powerful stage presence and large stature has made him a force to be reckoned with, it is the size of his heart, that has remained most imminent. Not only making a name for himself as an artist, Noa is also widely known as a leading force in Southern California’s Inland Empire underground hip hop movement. Noa has been apart of Paid Dues 3 consecutive years 2011-2013, has opened for Jurassic 5, DMX & GZA at The Novo, opened for Murs & 9th Wonder, 2 Chainz, Curren$y, Diplomats, Action Bronson & more at the Observatory, has toured nation wide with Murs, Prof, Fashawn & King Fantastic, was awarded the cover of the IE Weekly in 2011, performed at Broke LA 2015 & performed at Sunset Strip Music Festival 2014, just to name a few proud accomplishments. James live performance is something that needs to be experienced. James also has a passion for talent buying and curating shows. With his promotion company, BrickToYaFace, he’s been throwing a biweekly showcase called it’s The Common Ground for the last 6 years. They’ve brought a few notable acts to Riverside, such as Murs, Propaganda, Blu, 2Mex, Ab-Soul, Reverie, Self Provoked & A$ton Matthews. The growth of Common Ground and James’ experience with Paid Dues as an artist, has lead to an annual festival called D.I.Y Music & Fashion Festival, which started in 2010. James and his team at BrickToYaFace created the festival for the hometown artist that are apart of the business and creative part of their career, they do it all themselves for themselves. James passion as an artist and talent buyer is proven in his success as both. He plans to continue to make great music, put on a great show world wide & curate great shows.