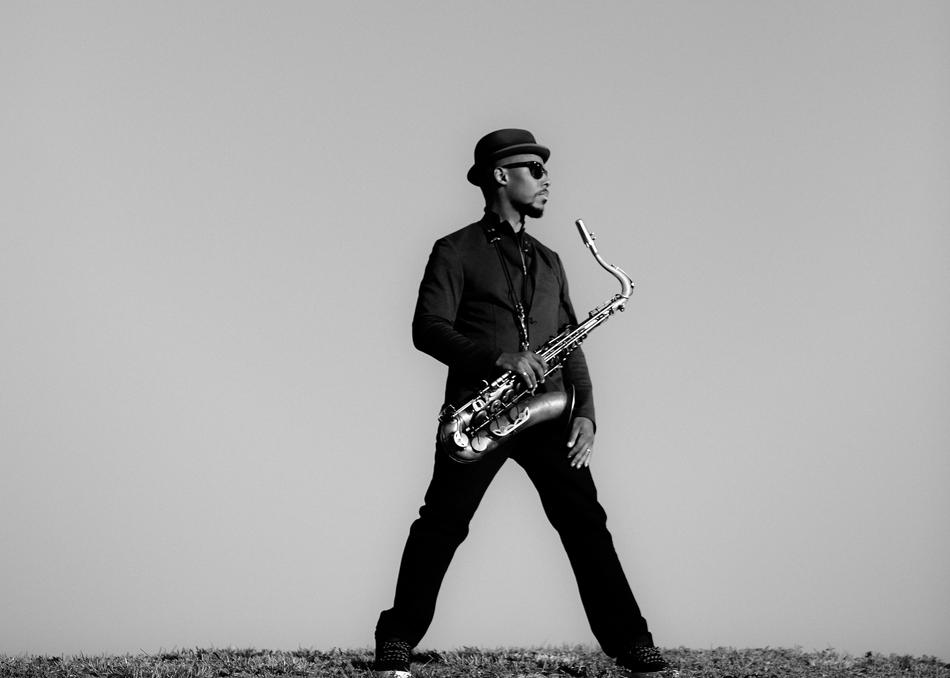 “People have to be careful when they call something new,” says saxophonist and composer Marcus Strickland. “I think about what’s around me instead of trying to create something new. Everything is inspired by something else. Ecclesiastes says: ‘There’s nothing new under the sun.’”

Marcus may wax philosophical when he gets talking about his remarkable Blue Note/Revive debut Nihil Novi (a Latin phrase that translates to “nothing new”) but make no mistake, this is music for your heart and your feet as well your mind. Along with producer Meshell Ndegeocello, he draws upon a world of music from J Dilla’s hip-hop beat making to Bartók’s Hungarian folk music. From Fela’s propulsive Afrobeat to Mingus’ freewheeling jazz truths. This is music of the people and for the people.

Since the turn of the century, the Miami-native has made indelible imprints on the modern jazz scene playing with such titans as Roy Haynes, Dave Douglas and Jeff “Tain” Waits and reinvigorating the genre with his own band Twi-Life. Beginning with his 2001 debut, At Last (Fresh Sounds/New Talent), he’s also been steadily building an impressive body of work. Last year Marcus appeared on Blue Note/Revive’s acclaimed statement of purpose, Supreme Sonacy Vol. 1, on which he and singer Christie Dashiell delivered a spellbinding makeover of Janet Jackson’s 1986 quiet-storm classic, “Let’s Wait Awhile.” The New York Times review singled out the track, writing that it “approaches the high bar for simmering R&B covers set by the Robert Glasper Experiment.”

Consisting entirely of original songs, Nihil Novi was born of Strickland’s passion for DJ beat making, which has shaped both the way he composes and how he improvises. It also inspired him to recruit Ndegeocello as the album’s producer. “Because of all the layers and textures involved, I wanted someone who was very experienced at producing and creating this kind of music,” Marcus explains. “Meshell is genre-less; she doesn’t go by genres. She goes by who she is as a person. And that’s exactly what I’m doing. I’m not interested in affixing myself to a particular genre; I want to express who I am musically as a person.”