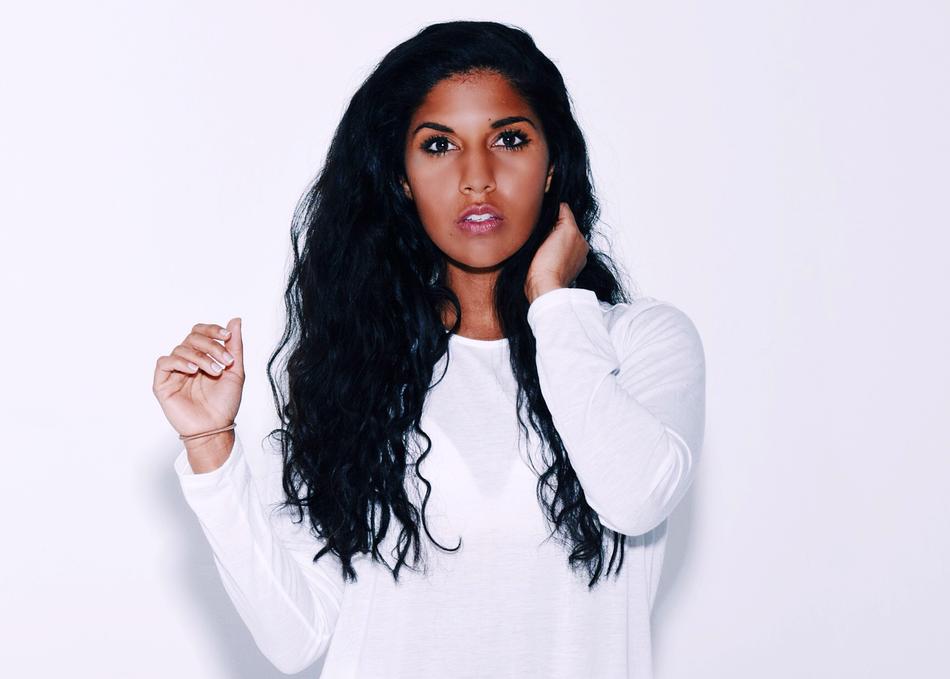 Employing her wide range and knack for harmonies, TRISHES’ voice is the skeleton that carries her undeniably original songwriting. Fleshed out by hip-hop beats and pop hooks, her music walks the tightrope between artistry and accessibility.

A self-proclaimed songwriter at heart, TRISHES has been writing and performing songs since she was a child growing up in Trinidad. After moving to the U.S. TRISHES honed her craft at the prestigious Berklee College of Music with a degree in Songwriting and Music Business. Since then she’s been touring the U.S. and abroad and playing showcases at South By Southwest, NAMM and Canadian Music Week.

The inspiration behind the TRISHES project is Freud’s mental constructs of self (the primal self, conscious self and spiritual self) which is reflected in her live vocal looping and vocal effects. These elements, accompanied by beat boxing and keyboard layering, accumulate to create a striking and dynamic one-woman show.

TRISHES released her first single “Day Jobs,” produced by Grammy-nominated producer First Born, in 2016. The single’s music video, directed by filmmaker Danny Drysdale, is set to be released shortly before SXSW 2017 and her debut album will be released later this year.