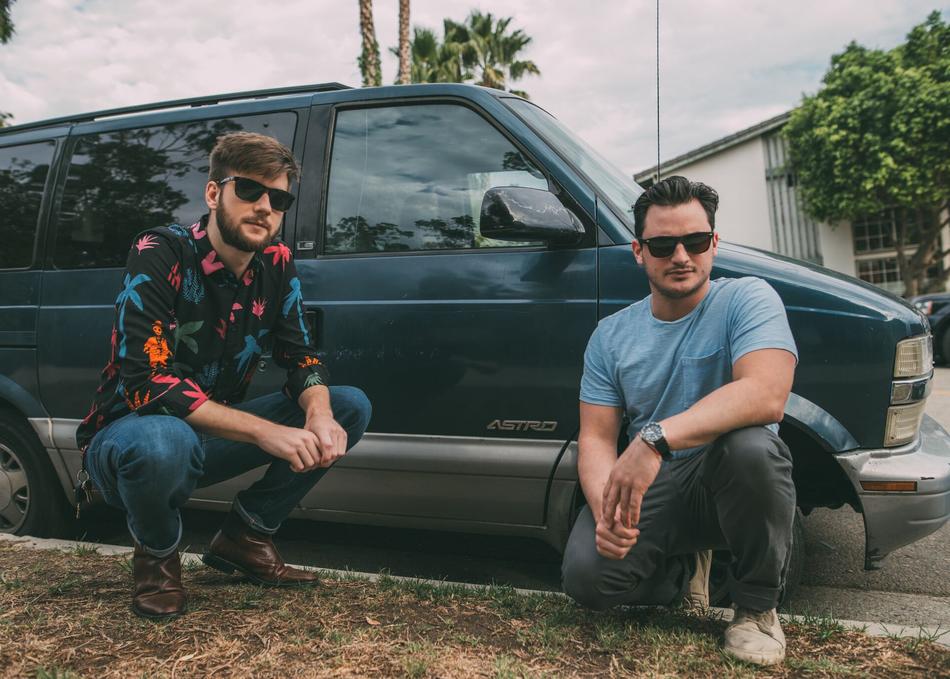 After heading off to separate colleges, they continued to bounce song ideas off each other when they could. However, when it became clear music wasn’t going to pay the rent, Sam went to law school in Philadelphia and Matt moved to Los Angeles to pursue a career in music management. In Matt’s words, “When I moved to LA I knew I still wanted to write songs, but the realities of life made that dream seem pretty impossible.” A year later in early 2016, Sam followed a job opportunity to Los Angeles. While both were working long hours, they began working on music together in their spare time. The pair recorded 4 original songs with producer Caleb Nelson in the spring of 2016 in Caleb’s living room. They chose the name “Mt. Joy” as an ode to a mountain in Valley Forge National Park near Sam’s childhood home.

After the records were made, the guys were proud of the songs. But, with little hope at ever reaching a large audience, Cooper took a job as a lawyer back in Philadelphia and Quinn enrolled in law school in Los Angeles.

However, that fall, their first single "Astrovan" began taking off on streaming platforms, and Matt and Sam decided to put their other careers on hold. Matt dropped out of law school and Sam left his job to focus full-time on Mt. Joy. Soon after, Michael Byrne (bass), Sotiris Eliopoulos (drums), and Andrew Butler (keys) joined and expanded the duo to a full 5-piece band.

Mt. Joy's folk rock sound can be attributed to some of the band's biggest influences: Bob Dylan, Paul Simon, The Grateful Dead, The Beatles, and even contemporaries such as The Alabama Shakes, My Morning Jacket, and Vampire Weekend. After much debate, Matt and Sam agreed on their all-time favorite record: The Allman Brothers Live at Fillmore East 1971.