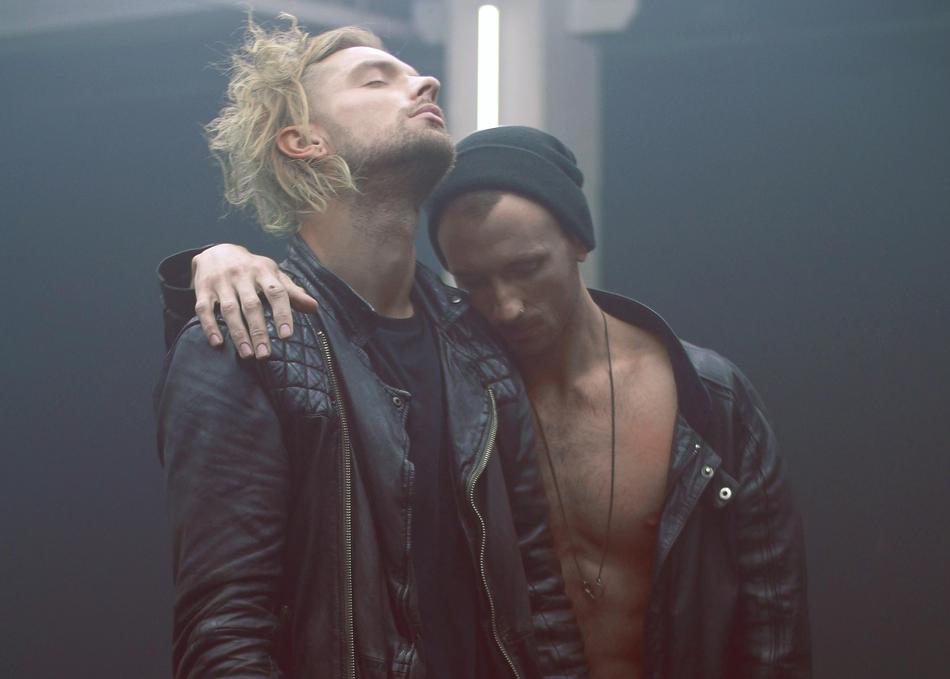 “Prepare for repeat streams of addictively haunting tracks like ‘Monster’ on this two-man band’s debut, Ivory”

The groundwork for electro-R&B pop band COLOURS was laid when vocalist Kyle Tamo relocated from Connecticut to Florida to focus on his music. He was introduced to drummer Morgan Alley through mutual connections in the Florida music scene, and the two went on to settle in Sarasota to embark on creating a new sound that was a musical departure from any of their previous rock projects.

COLOURS began introducing their early tracks by way of a series of music videos and an EP, while refining their sound via their live performances. “Having only two members in COLOURS offers us a unique and advantageous opportunity when creating,” notes Tamo when discussing their creative process. “When too many people are working on a creative project, often personal preferences and risk have to be diluted for compromise. We don’t want to use the band as an opportunity for ourselves, so there is no message and no personal statement being projected. Our personal experience finds the most resonating growth comes with internal resolution, and we hope to offer our music as the catalyst to that.”

COLOURS entered the studio in January 2015 to record their debut album, Ivory, with producer Shaun Lopez (††† Crosses, Lupe Fiasco, Deftones). Tamo explains the meaning behind the album’s title, “The album name Ivory holds a specific meaning for us. Actual ivory has an amazingly intriguing juxtaposition. Between the status symbol and richness of it, to the barbaric brutality of harvesting it, comes a comparable cause and effect for the album.”

Tipped as one of the “100 Bands You Need To Know” by Alternative Press, Ivory, COLOURS’ first official release, is available now.

“Fusing the sort of dark, electronic undertones of Crosses, with post-modern, Weeknd-tinged R&B, COLOURS have created a lush sound that’s as dangerous as it is seductive.”

“Over a howling electro-R&B beat, ‘make me your monster,’ they beg. We just might”

“…a brooding beast of a tune that deceptively reveals itself further and further with every play, powered along by dark, moody electronic instrumentation, a falsetto chorus and crunchy, clean production that’s sparse enough to allow the menacing track to shine through...”

-Record of the Day

“A huge sound with dark tones and pulsating electronics serving as the foundation for smooth R&B vocals reminiscent of Abel Tesfaye's (the Weeknd).”

“Atmospheric, dark electro pop and rock, in the vein of Crosses”