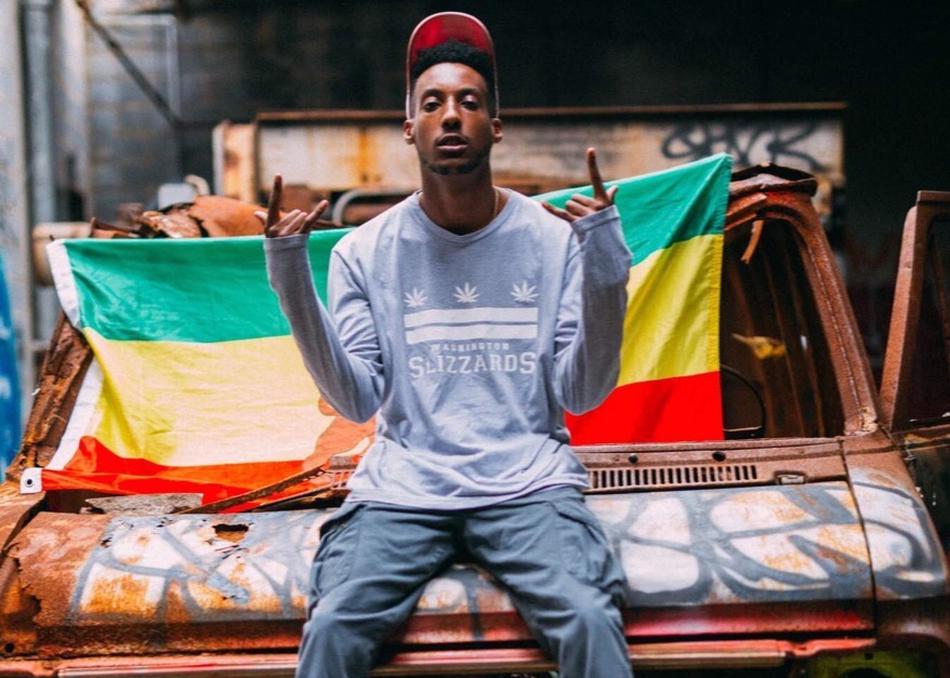 Mebracknegodguwad Mahtemework (born September 1, 1991, better known as Ras Nebyu and sometimes referred to as the Thunder Man,) is an Ethio-American recording artist from Uptown Washington, DC. The son of an African-American mother & an Ethiopian father, seeminglessly bridges the gap of his parents’ cultures and provides us with a brand new perspective of modern day Uptown DC thru hip hop. He manages to blend his socially conscious content and his Rastafarian/Pan-Africanist beliefs with futuristic sounds and leisure listening without compromising the integrity of his message. Since the start of the Washington Slizzards collective, Ras has performed a countless amount of times throughout the DC area opening for the likes of the Travis Scott, Wale, Mobb Deep, Kodak Black etc. including major festivals such as Trillectro (August 2014) & Broccoli City (April 2015). After spending a majority of 2015 releasing promotional singles and performing at numerous events/venues/shows in New York and DC, Ras along with DJ K-Meta went to Abidjan, Cote D’Ivoire to open for Nigerian afrobeat popstar WizKid. This trip to West Africa in the summer of 2015, as well as other circumstances in his life inspired the creation of the SLIZZATRISM mixtape. Primarily a hip-hop mixtape, SLIZZATRISM incorporates musical styles from soul, reggae and dancehall with additional production from IBRAHIM KEITA, CORBIN BUTLER and PHIL OLI on several tracks. Its lyrics touch upon life in Uptown, DC and the practice of SLIZZATRISM, along with themes of family, love and GOD.