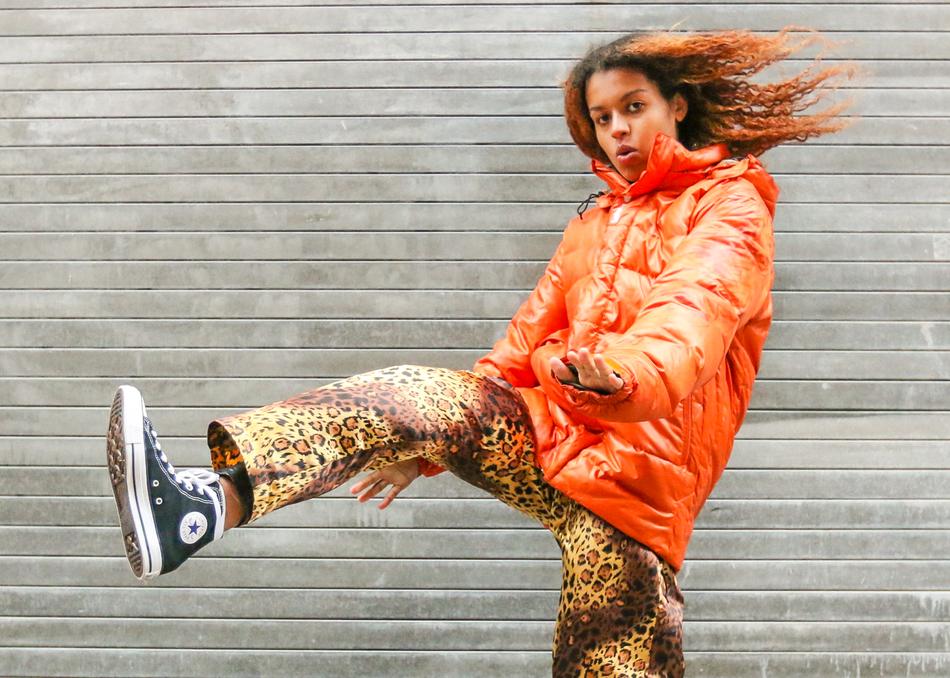 It's a Myth, the new album from Sneaks will be released by Merge Records on March 31, 2017. With little more than a bass, drum machine, and deadpan vocals, Sneaks, a.k.a. Eva Moolchan, makes minimalist music that takes up space—something she herself has made a point of doing in the male-heavy Washington, D.C., DIY punk scene that has been her home. Moolchan’s compelling songwriting, along with the fervid energy of her shows, prompted breakout D.C. label Sister Polygon to release her 2015 debut Gymnastics, which Merge reissued in September 2016.

It’s a Myth builds on Sneaks’ playfully stark approach to post-punk, which, as her hometown City Paper described it, causes listeners to go “from curious to provoked to hungry.” Hungry, in part, because the new album clocks in at just 18 minutes of 10 taut, captivating tracks (but still a feast compared to Gymnastics’ 14 minutes). It also adds Jonah Takagi and Ex Hex/Helium frontwoman Mary Timony, who recorded the album at Timony’s D.C. studio. “She’s got art in her brain,” Timony has said of Moolchan. “Her brain is making beautiful stuff.”