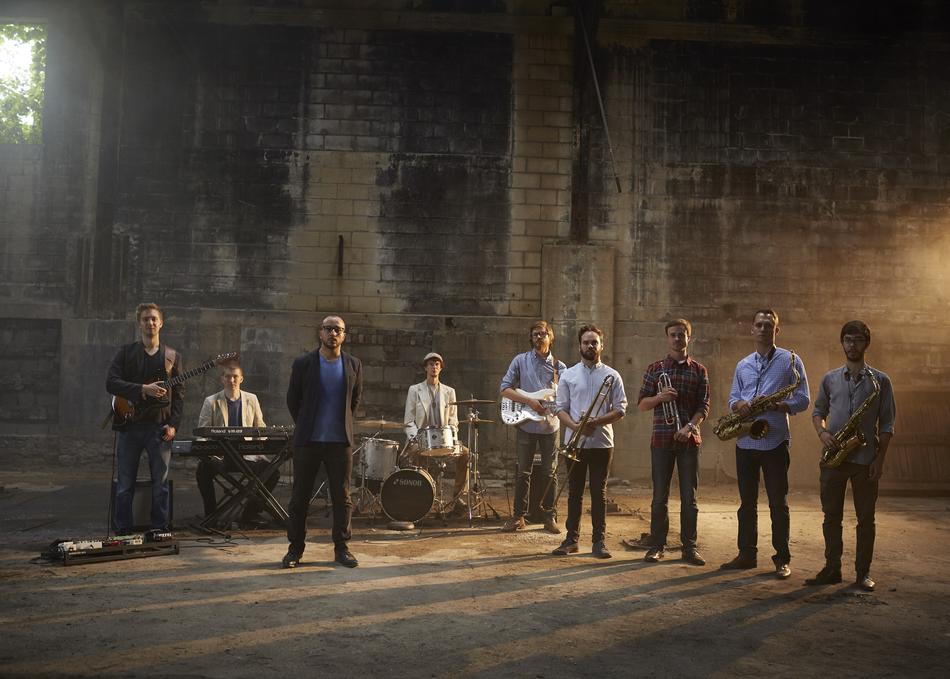 Bassel & The Supernaturals combines neo-soul and funk with captivating lyrics about love, loss, and a war in Syria that has directly affected Bassel Almadani’s family along with 10,000,000 others. The soulful Syrian-American front man and his 9-piece ensemble released their full-length album, Elements, on February 24th, 2017.

"Bassel Almadani doesn't want audiences to just have a good time getting down at shows. He wants fans to leave Bassel & the Supernaturals shows with a sense of connection and, perhaps, new political awareness. The bandleader of the contemplative indie-funk ensemble is first-generation Syrian-American and has been using the band's shows and releases to benefit humanitarian efforts in war-torn Syria." - Jessica Hopper

In addition to performing in clubs and festivals across the nation, Bassel has partnered with universities and charity organizations nationwide to host seminars, workshops, and benefit concerts drawing attention to the crisis in Syria.