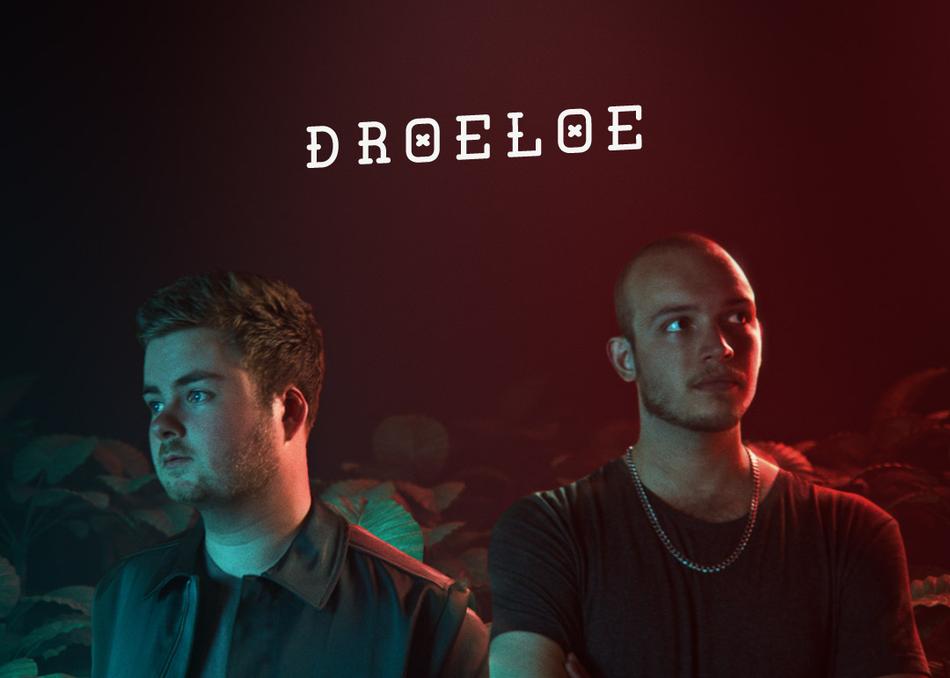 It’s still strange to most. A new act bursting onto the scene, amassing hundreds of thousands of plays in the blink of an eye. They’ll soon have fans screaming their names at shows around the globe. This is how electronic music superheroes are born.

Hailing from The Netherlands and branded with their signature skull, Dutch-duo DROELOE have taken the ‘future bass’ scene by storm. What began with a SoundCloud account--where they uploaded their own music and curated their favorite releases in their “Pokoe Pack” mixes--soon developed a reputation for creating impeccable percussion-heavy future bass infused with the catchiest melodies.

Early 2016 they caught the ear of San Holo, who brought them aboard his bitbird imprint, teaming up for a string of successful single releases. “Make My Day” accumulated over half a million SoundCloud streams, but it was follow-up single “zZz” which hit #1 on the Hype Machine where the duo really made their mark. Tastemakers across the industry, including Martin Garrix, Mr Suicide Sheep, Majestic Casual, Trap Nation, and CloudKid all supported DROELOE.

Since then, the duo has gone on to put together a string of successful official remixes for bitbird, NEST HQ, and Atlantic which have all placed within the Top 10 of the Hype Machine charts. Their official remix of “We Don’t Talk Anymore” by Charlie Puth and Selena Gomez’ has over 10 million Spotify streams and was premiered via Billboard. They followed this with the release of “Shibuya” on Elysian, which solidified their position in the bass realm.

DROELOE returned to their bitbird label home where they released “Wake the Warrior” which quickly amassed over 500,000 SoundCloud streams and a stunning self-directed music video for the single premiered via Trap City which showcased the duo’s creativity imagined in a hyper realistic visual perspective.

They followed up with Monstercat label debut “Bon Voyage” on November 7th which has since accumulated over 1 million streams across all platforms and a feature in the Best of Monstercat - 2016 compilation album once again cementing their growing reputation in the digital world. The release of the single was highlighted by a viral teaser campaign which featured the duo “hacking” into the Monstercat website, publicly defacing the Monstercat artist roster, and leaving encrypted messages within the code. When decoded, the messages revealed several altered previews of the song paired with stunning animations that revealed slightly more about the release with each video.

2017 saw them kick off the new year with another Hype Machine #1 and a Lowly Palace debut with “In Time.” Once again, the duo showed off their visual prowess and knack for creating engaging visual content by digitally animating the shapes and textures within the single’s artwork to bring the song’s story to life.

They also kicked off their first North America tour dates joining San Holo on the road through March.

With their current trajectory indicating future stardom, one might say the question isn’t “will it happen?” but rather “when?”.