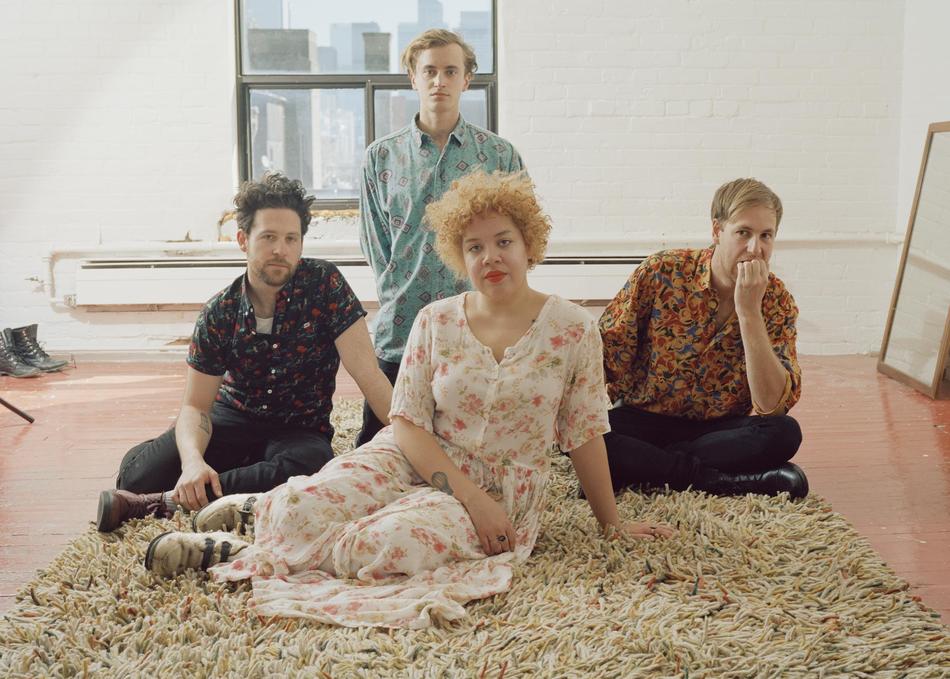 In a little over two short years, Weaves have gone from a collection of voice memos on Jasmyn Burke’s iPhone to establishing themselves as one of the most stridently individual acts to emerge from Toronto’s fertile and multifaceted DIY scene. Led by the collaborative efforts of Jasmyn Burke and Morgan Waters, the band have built a devoted audience while capturing the attention of the international media with a brand of ebullient, art-damaged pop music as difficult to categorize as it is to ignore.

The construction is cerebral, but the songs come across as uproarious. – Jon Pareles, NY Times

A Toronto-based foursome who bend pop tropes as if they're made of Silly Putty, Weaves' idiosyncratic songs play with genre and form while vocalist Jasmyn Burke's precisely calibrated alto (which takes cues from Siouxsie as much as Aaliyah) leads the way. – Maura Johnston, Rolling Stone