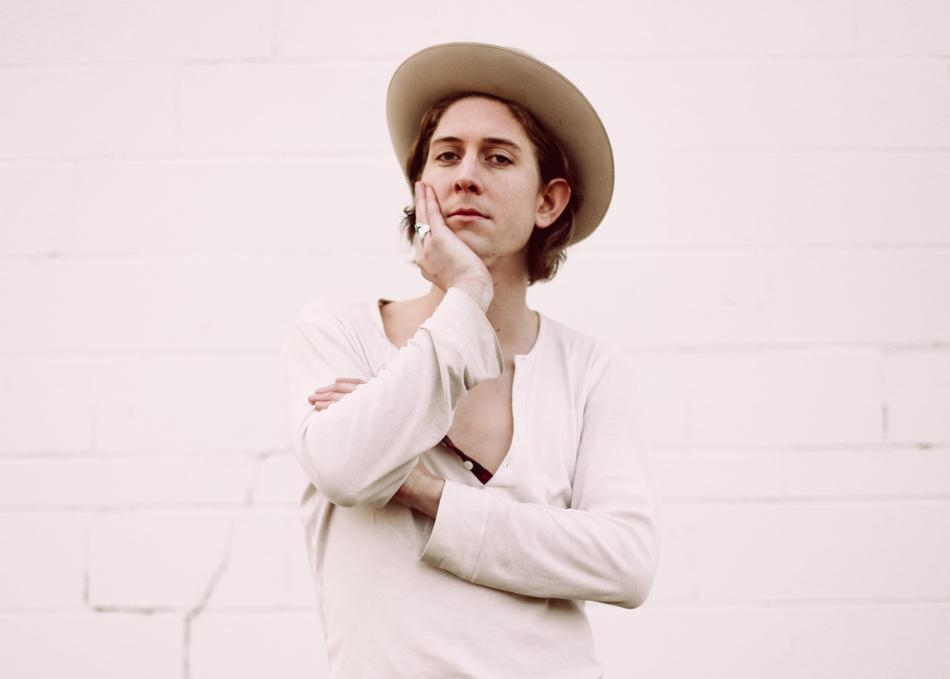 Cale Tyson - Somebody Save Me

Cale Tyson is a singer and songwriter from Nashville, TN. Born in a small town in Texas, he was raised in Fort Worth, the home of Townes Van Zandt. Tyson has been listed as one of the “10 New Country Artists You Need To Know” by Rolling Stone as well as one of “9 Real Country Music Stars of Our Generation” by Mic.com. In addition, his former records have been featured in CMT, VOGUE Germany, American Songwriter, Telegraph, Wide Open Country, Nashville Scene, among other publications. Cale Tyson is featured in the April/May issue of Garden & Gun Magazine, as one of eight new country acts to watch.

In 2015, Cale Tyson was nominated for “International Album of the Year” in the UK Americana Music Association Awards, alongside Jason Isbell, Kacey Musgraves, and Gretchen Peters. Tyson was also invited to perform at the awards show in London. He was nominated for Dale Watson’s Ameripolitan Awards in Austin, TX in the “Honky Tonk Male” category, as well.

Pandora recently chose to feature Cale Tyson as their primary "Roots of Country" artist in the Country Built series, sponsored by Ford F-150. In his episode, Tyson is interviewed by Otis Gibbs and plays four songs live in the renowned Ocean Way Studios. The series was promoted heavily by Pandora and featured two other episodes showcasing Ryan Bingham and Sarah Gayle Meech.

As for U.S. live performances, Cale Tyson has toured through 24 states in the past two years, sharing stages with Dwight Yoakam, Jason Isbell, Billy Bragg, Elizabeth Cook, The Felice Brothers, Gretchen Peters, Robert Ellis, and many others. Tyson will open for Dr. Dog in Amsterdam on his upcoming European tour, as well. In regard to festivals, Cale Tyson has been an official showcase artist at the Americana Music Association Festival in 2014 and 2015, Bristol Rhythm & Roots 2015, Muddy Roots Music Festival 2015, and Kilkenny Roots (Ireland) 2015.

Outside the U.S., Cale Tyson has made giant strides in the United Kingdom in the past year. Clubhouse Records (UK) released a compilation of Tyson’s two EPs, entitled Introducing Cale Tyson in early 2015. The record reached #13 on the UK Country Charts and held that position for two weeks. The record has received a great deal of radio support from “Whispering” Bob Harris on BBC Radio 2, spinning a track for six consecutive weeks (as well as Tyson performing a live session). Tracks from the record were also played on BBC Radio 6, BBC Radio 4 (live on Loose Ends with Clive Anderson), BBC Ulster, Amazing Radio, BBC Scotland, BBC Kent, among numerous others.

Rough Trade featured one of Tyson’s tracks on their Counter Culture 2015 compilation CD. In addition, Maverick Magazine featured a track on their covermount 2015. Introducing Cale Tyson was featured in UK publications such as Independent, Uncut, Americana UK, and received a 5-star rating in both Country Music People and Maverick Magazine, as well as a 4-star rating in Q Magazine.

Cale Tyson toured in the UK and Ireland for the first time in summer 2015 with great success. The acoustic tour sold over 1,500 tickets with the majority of venues experiencing sold out crowds. Promoter expectations for Tyson’s upcoming May “Careless Soul Tour” see over 3,000 tickets sold and capacity audiences at all venues.

Cale Tyson has recently finished recording his first LP, entitled Careless Soul. The album was recorded at FAME Studios in Muscle Shoals, AL, which influenced this album to become more country-soul flavored than his prior, more traditional country releases. Careless Soul was produced by Michael Rinne, who currently plays bass with Emmylou Harris and Rodney Crowell. The record is filled with soulful string and horn arrangements to fill out songs of love-lost, love-found, and all in between. Careless Soul features David Hood (The Swampers) on bass, Skylar Wilson (Justin Townes Earle), Jeremy Fetzer (Steelism) on lead guitar, Jon Radford (Steelism) on drums, and harmonies by The Watson Twins, Caitlin Rose, and Jordan Lehning. The album was engineered by Ray Kennedy, who has received Grammys for his work on Lucinda Williams and Steve Earle records.

“A traditionalist for the future.”

“The twenty-five-year-old from Cleburne, Texas, isn’t the first skinny kid to wear a cowboy hat and a pearl-snap shirt in tribute to the giants of vintage country, but he is one of just a few whose lovesick blues actually sound like they come from the heart.”

“The music is fabulous, a kind of traditional country with a 21st century twist…just wonderful”

“Each song is the work of a craftsman who knows his trade, and Tyson offers a glimpse into the future of country music classics."