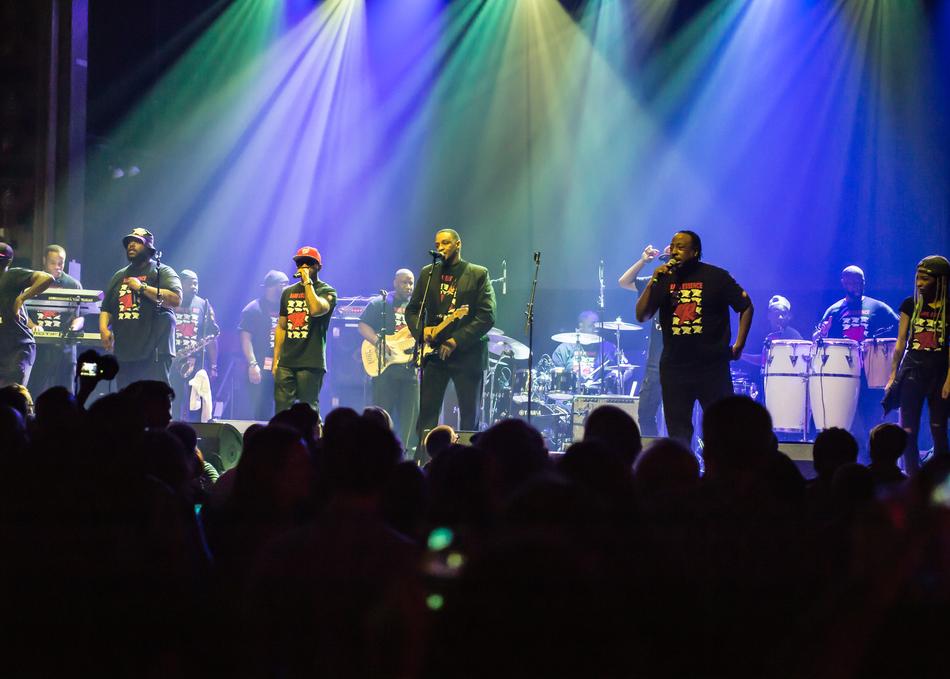 Rare Essence - Turn It Up

Rare Essence, Washington’s premier Go Go band for more than three decades , has built a devoted fan base that spans multiple generations, drawn to the indigenous funk sired in the mid ‘70s by the late Godfather of Go-Go, Chuck Brown. Using a beat adapted from Grover Washington Jr.'s 1974 hit,"Mr. Magic", Brown and his band the Soul Searchers played continuously, linking songs together over percussion breakdowns—a raw, non-stop party groove fueled by congas, cowbells and timbales, with call and response interactions that obliterated divisions between a band that wouldn’t stop playing and audience that couldn’t stop dancing..

“The Beat,” an irresistible, jubilant meld of Funk and Go-Go, was soon incorporated into the songs as well and Go-Go became the signature D.C. sound, the pulsing soundtrack for the city’s African-American community. No single type of music has been more identified with the Nation’s Capital.

Rare Essence would be one of Brown’s earliest, and have remained his most enduring, progeny, with a consistently combustible live show honed through countless performances in the Washington region. Go-Go thrives live and that’s where reputations, and legacies, are cemented. As the Washington Post noted in a 2010 review, “....this band has performed more than 5,000 times. Like so many Rare Essence concerts, it’s easy to believe you’re seeing the best one.”

Little wonder they were dubbed “The Wickedest Band Alive” by rap pioneer Doug E. Fresh, who has collaborated with Rare Essence, one of many artists to incorporate Go Go's percolating percussion, and some of its key players, into their own recordings.

In 2014, Go-Go was featured in the DC episode of Dave Grohl’s “Sonic Highways,” and TV One’s “Unsung” series aired a Chuck Brown episode in 2015 that features interviews with Rare Essence’s Andre “Whiteboy” Johnson along with performances by the band. The opening of the National Museum of African American History and Culture in 2016 includes Rare Essence in the Music Crossroads Gallery featuring Go-Go music created by the late great Chuck Brown. In May of 2016, the "Turn It Up" album which includes collaborations with, honorary member, DJ Kool and Raheem DeVaughn was released. Rare Essence started 2017 performing at globalFEST 2017 at Webster Hall in NY. April 2017 will bring the release of the third single from "Turn It Up" entitled "How I Wish You Could Love Me" featuring Kacey Williams of Black Alley.

Genre: R & B
Subgenre: None
From: Washington, DC