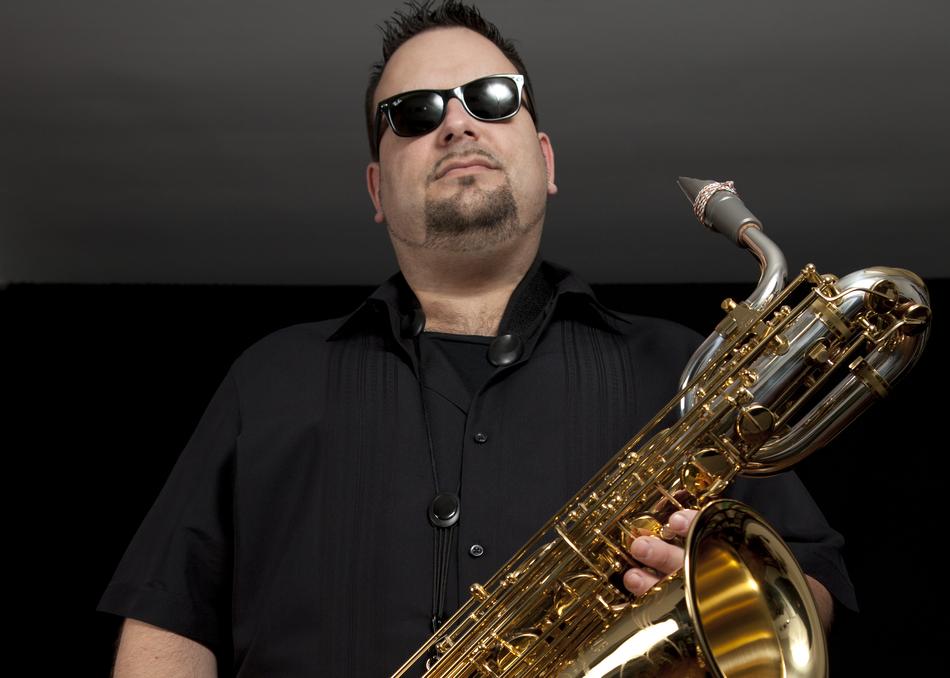 B.J. Jansen, born January 3rd 1981 in Cincinnati, has established himself as a charismatic and dynamic performer, composer, bandleader and educator on and off the stage. B.J.’s journey in music began at age 10 when his father bought him an Alto Saxophone and gave him recordings of Gerry Mulligan and Charlie Parker. He later found his true voice on the Baritone Saxophone while performing in various college ensembles.

His musical journey took him from the Midwest to the East Coast when he relocated to Philadelphia in 2004. It was in Philadelphia that he found the, “heart beat”, of Jazz. He spent three years learning on the streets of Philadelphia before relocating yet again to New York City in 2007.

In New York City, B.J. has had the opportunity to learn from and perform with some of the greatest living musicians today. He continues to forge his own artistic path on the hallowed grounds of Jazz in New York. He has recorded multiple albums as a leader and led ensembles in many of the most respected Jazz venues in the City.

The life-long study of Music has taught B.J. many lessons about art and life. Realizing the importance of giving back, B.J. hopes to continue to form alliances to improve the lives of people through music.

B.J. holds an MBA in Music Management from the William Paterson University of New Jersey and a BA in Jazz Studies from the University of Louisville, School of Music.

In February of 2010, B.J. joined the Artists Recording Collective (ARC) label. In 2012, B.J. Jansen also became an Endorsing Artist for Yanagisawa Saxophones of Japan and Harry Hartmann’s Fiberreed of Germany. In 2016, Jansen has become an Endorser for Ligaphone Paris.