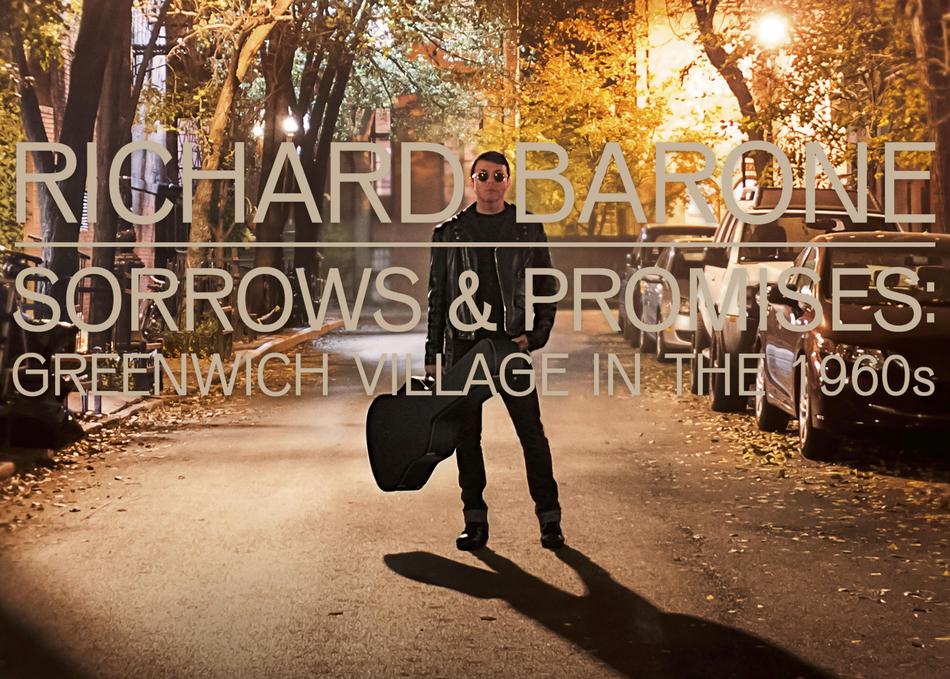 In the 1960’s, NYC’s Greenwich Village was the epicenter of a revolutionary movement in the history of American music. A new wave of writers and performers, inspired by the folk revival of the late fifties, created introspective, socially-aware, deeply personal songs that deserve to be considered as a key part of the American Songbook alongside the pop songs being written uptown in the Brill Building and 1650 Broadway. These writers – Bob Dylan, Tim Hardin, Richard Fariña, Fred Neil and Phil Ochs, to name just a few – changed the “folk” repertoire from traditional songs to songs sprung from personal, contemporary experience. This freewheeling concert showcase, hosted by Richard Barone, who pays tribute to that exciting era on his new album Sorrows and Promises, will explore the lasting legacy of that pivotal decade with an eclectic roster of artists performing songs that still resonate today.