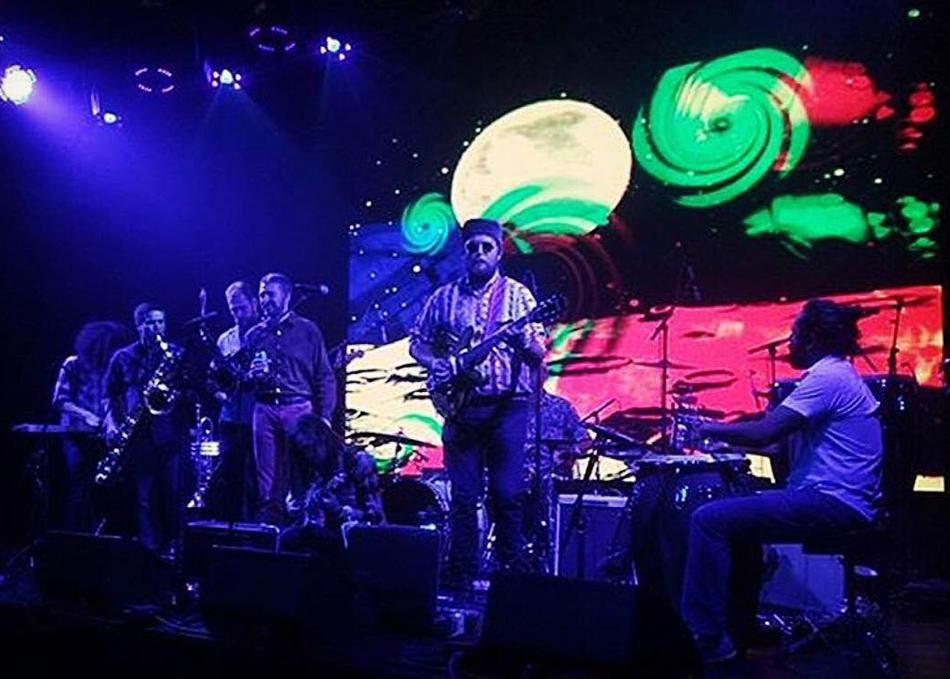 Continental Drift is an Austin 10-piece specializing in Afrofunk and Latin psychedelia. They formed in 2014 and have been making waves on stages across Texas ever since. Musical influences range from international acts like Fela Kuti, Mulatu Astatke, and Peruvian chicha bands of the 60's, to classic American icons Pink floyd and James Brown, to modern treasures Budos Band and The Shaolin Afronauts. Their debut EP was released in 2015, and their much-anticipated debut vinyl LP is slated to be released summer of 2017. The LP includes tracks produced by Adrian Quesada (Grupo Fantasma, Brownout, The Echocentrics), and a track featuring vocalist Alex Maas (The Black Angels).

For preorders, and a video teaser for the new album, visit igg.me/at/continentaldrift