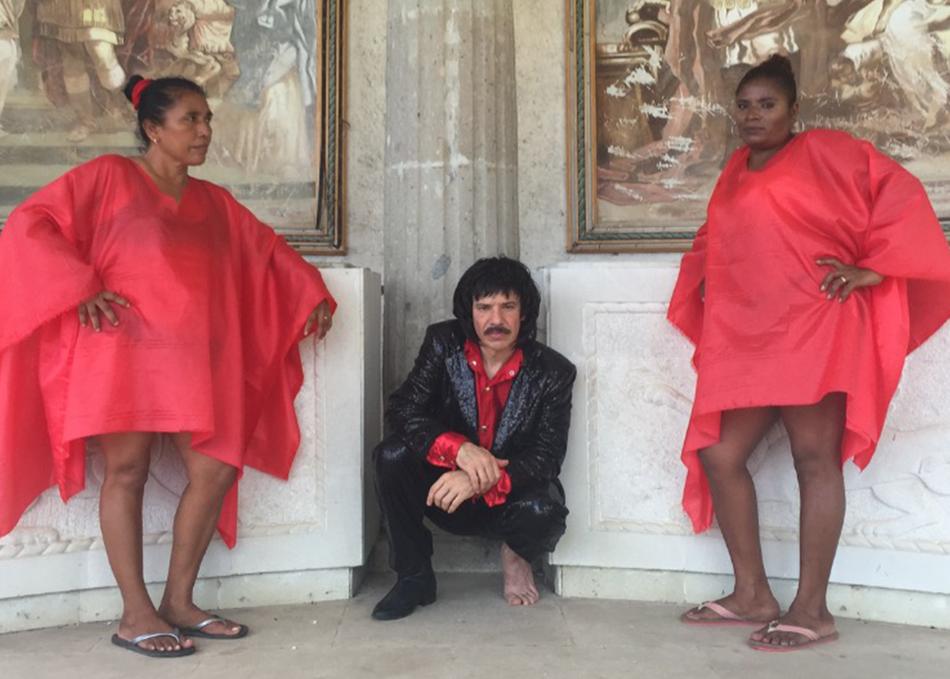 Silverio, better known as the nasal caveman, is the maximum exponent of latin macho brutality, and is the champion of menial, low-class dancefloors.

Originary from Chimpancingo, Guerrero, Silverio reached Mexico City in 2002 and hit the dancefloor with his first single "Yepa Yepa Yepa" which was censored by regional television in Mexico City. A few years later, with the help of his controversial live show, which comes to life under the influence of his electronic music mixed with excesses, women, cursing and obscenities, Silverio gets catapulted to Europe and the United States.

Your Imperial Majesty, as he has been baptized by his loyal followers, is regarded by the press as the missing link of electronic music and is self-described as the elephant man music industry.