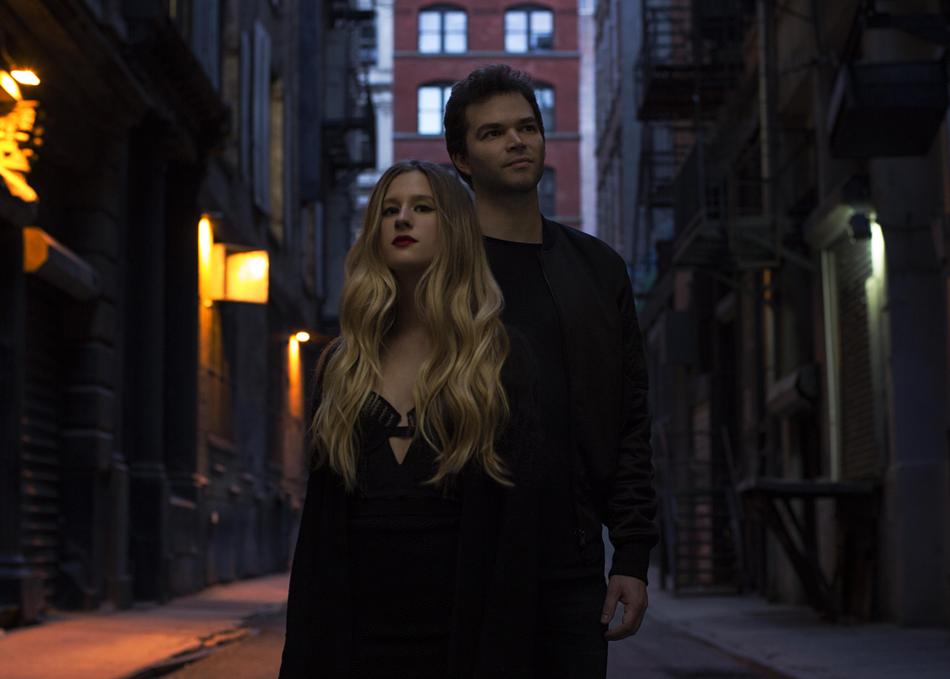 Act One, the debut full-length from songwriting duo Marian Hill, was written and produced in its entirety by Jeremy Lloyd (music/lyrics/production) and Samantha Gongol (music/lyrics/vocals). The multi-talented duo, who have been collaborating in one form or another since high school, have shifted the classic paradigm of a woman on a stage and a man with a piano to a woman on a mic and a man with a laptop -- and the results are seductive and vivid. Tempting paradox with a blend of blues and bass, acoustic and digital, classic and modern, Marian Hill have arrived.

Two years ago Sam and Jeremy wrote and recorded “Whisky” over spring break in Jeremy’s parents’ basement. When they released it for free on Soundcloud later that summer it was the only song they’d written for the project, and in a little over a year’s time they had recorded their first EP in a bedroom, amassed millions of plays on various platforms, sold out shows across the country and featured in high profile commercials. They signed to Republic Records in early 2015, released the Sway EP, and settled in to write and record their debut album over the course of the following year with a plan to push their unique sound to its fullest potential.

For the first 50 seconds of “Down” you might think you’re at a supper club in the 1920s, but when the bass drops out of nowhere you couldn’t be anywhere but 2016. Act One then takes you on a journey through the complexities of modern relationships, with each song inhabiting a specific and charged relationship lyrically, melodically, and sonically. “I Know Why” constantly transforms and reinvents itself as the vocals grapple with a secret while “Mistaken” is the hardest of sax trap with a classic songwriting backbone. “Same Thing” is the saddest part of the album, a haunting ballad depicting serene resignation of a doomed relationship, but castanets rise from the ashes as “I Want You” closes out the night in a pure moment of optimistic electricity, a glance across a crowded room that changes everything.

Marian Hill’s one of a kind sound is present throughout — blues harmonies blend with sparse hip hop drums, horns blast under classic vocal melodies, and soloistic vocal chops sit side by side with clear, intimate lyrics. You’ve never heard this before, yet it’s surprisingly familiar. And it’s only the beginning.