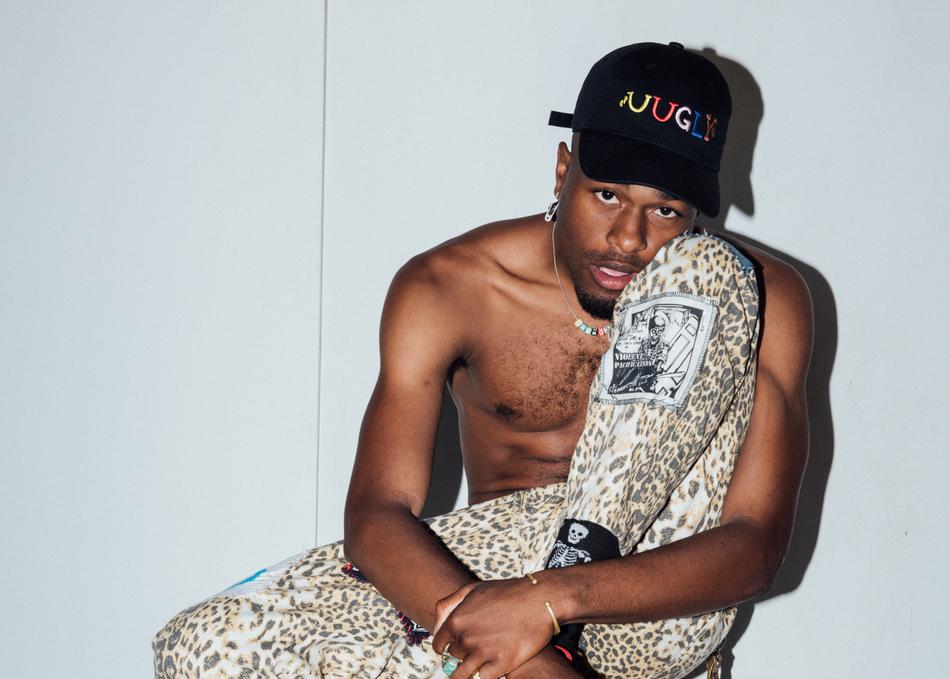 Bay area via South Central rapper, singer and visual artist Duckwrth, born Jared Lee, is more than ready to go to the next level with his recent album, I’M UUGLY. Released September 23rd, I’M UUGLY is a project that merges the most unique parts of Duckwrth’s talents to create a sound and visual palette that indicates he has not only grown as an artist but is well on his way to being a music icon and visionary for this generation.

With singles like GET UUGLY featuring, underground soul icon, Georgia Anne Muldrow to the catchy crossover tune RARE PANTHER+BEACH HOUSE, Duckwrth unveiled bits of what was destined to be the album that sets the tone for the entire release and undoubtedly his career as an artist. I’M UUGLY is juxtapose to the struggle and triumph surrounding his journey through creating this body of work. It paints struggle in a way that is lightheartedly serious and deeply enjoyable. Duckwrth’s goal of taking the listener on a journey everyone can connect with was accomplished so much so that Mass Appeal wrote “Los Angeles artist DUCKWRTH is the type of guy you want to be when you grow up.” The album begins with the fantasies of a young talent overcoming his distractive vices on songs like BLOW MY MIND and ends with the reality of the same young talent growing up in world where ugliness attempts to drown out the beauty every day on songs like 100 DAYS.

Duckwrth is far from new on the scene. He started developing a fan base by releasing mixtapes like Ducktape, Taxfree V1 and his 2015 collaboration with hip hop producer, The Kickdrums titled Nowhere. Duckwrth has always been unafraid to share the world as he sees it and not just through music but also with his incredible talent for visual expression. He IS the illustrator of all of the artwork accompanying the projects he has released in the last few years. Growing equally known in that space, has created dynamic visual and branding for artist like Hodgy Beats, T. Mills and IAMSU! to name a few. His work has been featured in Wild and Artsy magazines and just as early as last year, was displayed in a month long gallery showcase as a part of Machina Art Fest in Oakland, CA.

He is just as committed to his own visual style and performance which can be seen in ad campaigns for Levis, Facebook and Rare Panther and was proven to be larger than life on his recent tour with, like-minded talent, Anderson .Paak.   With each move, it is abundantly clear that Duckwrth is growing not only as an artist but becoming a musician in his own right.  I’M UUGLY combines the relentless lyrics and consistent story telling of every release, pulls you in and levels up. It is hard to imagine, this is only the beginning.

He’s a rude boy skanking in the mosh pit, a musician who paints his music in primary colors and makes being you look effortless. If you had not met him when he hovered three feet above the ground for a photo shoot in the Bay Area or whizzed pass you on his skateboard in LA or gave him a pound for diving off the top of a traffic light in Brooklyn for mere visual authenticity in his music video. Take a listen to I’M UUGLY and you will feel like he is the homie you have known your whole life. Potholes In My Blog said… “For all you kids out there working up the nerve to express your interior being, let DUCKWRTH show you to the light​.."​