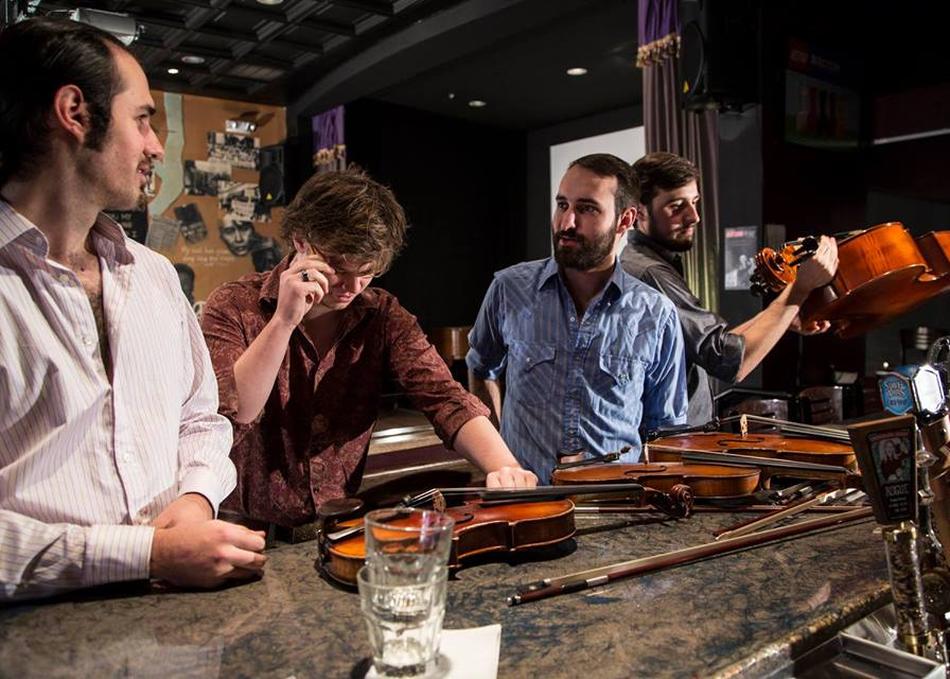 “If the goal was to make classical music relevant, it couldn't have proven the point any more clearly.” - Columbia Free Times

Described by one pretty important radio guy as “not classical...but not not classical”, bowed and fretted string quartet invoke continues to successfully dodge even the most valiant attempts at genre classification. The multi-instrumental band’s other not-nots encompass traditions from across America, including bluegrass, Appalachian fiddle tunes, jazz, and minimalism. invoke weaves all of these traditions together to create truly unique contemporary string quartet repertoire, written by and for the group.

Currently Young Professional String Quartet in Residence at the University of Texas at Austin, invoke has also been selected as Artists in Residence at Strathmore, the Emerging Young Artist Quartet at Interlochen, and the Fellowship String Quartet at Wintergreen Performing Arts. In 2016, the band received First Prize in the Savvy Musician in ACTION Chamber Competition, and was chosen as Finalist in the Concert Artist Guild Competition.

invoke has shared the stage with some of the most acclaimed chamber groups in the country, including the Enso Quartet and the U.S. Army Field Band. Other highlights include a weeklong residency at the Stanford Pre-Collegiate Institutes, and appearances as part of the South Florida Symphony’s Summer Chamber series and the NextNOW Festival at University of Maryland.

invoke’s 2015 debut release “Souls in the Mud” begins with original works that conjure images of America, including the fast-paced opening track Travesty and The Trace (inspired by bourbon whiskey). The third and title track, Souls in the Mud, is an American transformation of a 16th century motet featuring banjo, mandolin and a bluegrass-influenced boot-stompin’ finale. The EP is rounded out by invoke accompanying a historic recording of a haunting traditional English ballad and two compositions by prolific American composer Danny Clay.

Equally at home in a collaborative setting, invoke has appeared with musicians from genres at complete opposite ends of the spectrum - from chamber rock powerhouse San Fermin, to indie sensation Never Shout Never, to DC beatboxer/rapper/spoons virtuoso Christylez Bacon.