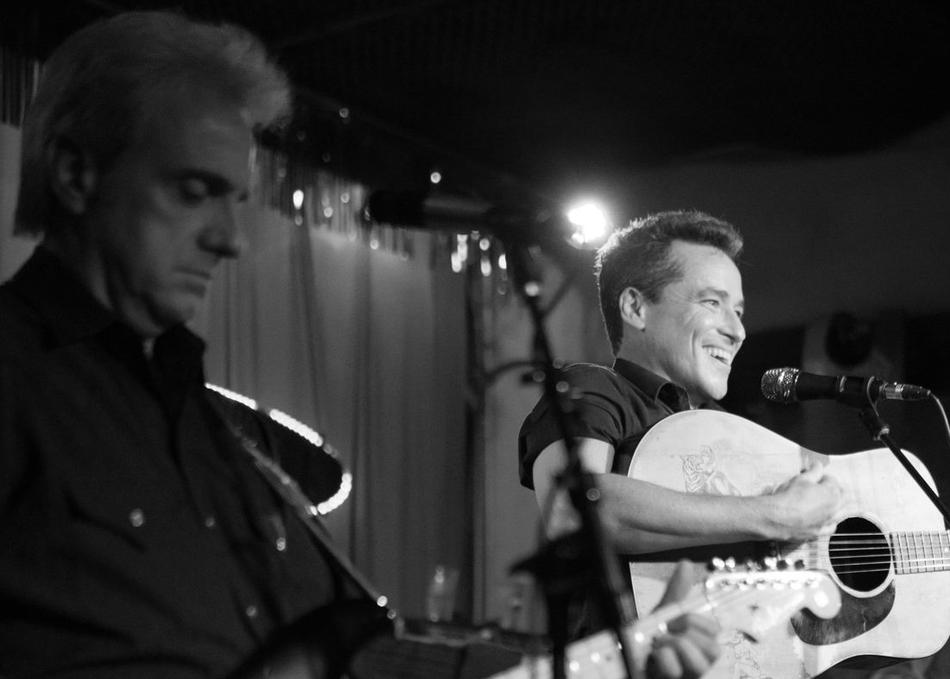 The Wagoneers - Tell Me Somethin' I Don't Know

The Wagoneers came out of Austin, TX, during the 1980s with a sound that quickly attracted a following among traditionalists as well as the rockabilly crowd. Made up of Austin favorite Monte Warden on lead vocals and rhythm guitar, Brent Wilson playing lead and contributing backing vocals, Brad Fordham on bass, and drummer Massimo Palermo, the Wagoneers opened the floodgates for what was to be known as 'alternative country'. Throwing a fist in the face of Nashville's manufactured hat-act syndrome, the Wagoneers created a very loud buzz. A successful first release on Herb Alpert's A&M Records, Stout & High, made a big (and in time, historic) splash, and the Wagoneers soon followed up with a second CD. Upon induction into The Texas Music Hall of Fame, the band reunited in 2012.

Chet Flippo (Rolling Stone) called The Wagoneers, "The Greatest Honky Tonk band that ever was". Margaret Moser (Austin Chronicle) said they are, "The Fathers of Alt-Country and Americana". Bob Oermann (Music Row Magazine) referred to them as, "The band that started the modern Texas Music scene". Mario Tarradell (Dallas Morning News) callsedthem, "A mythic and legendary band".