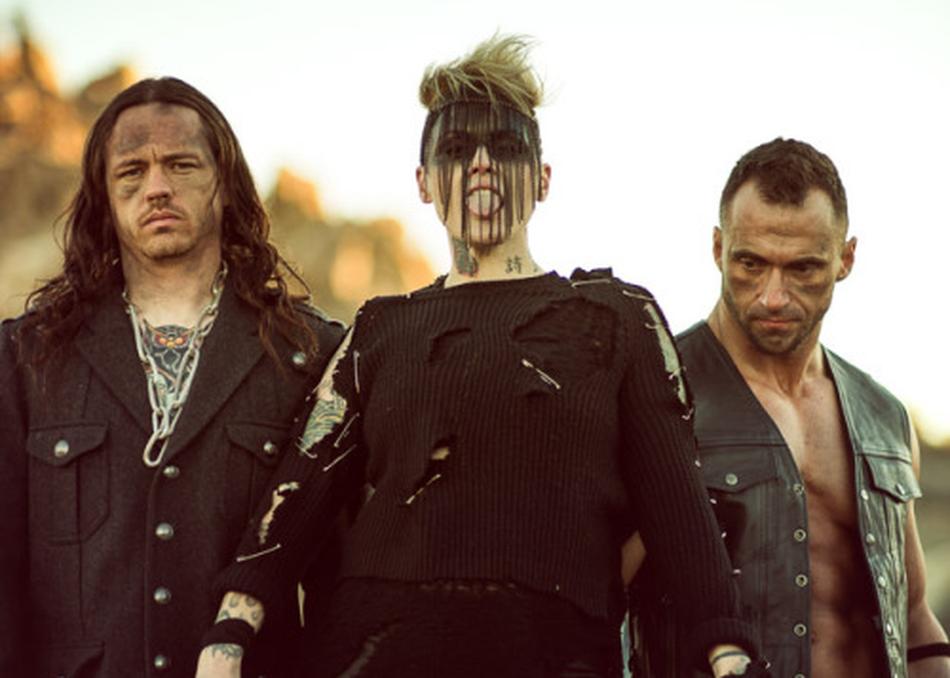 Originally discovered by Jack and Sharon Osbourne in Los Angeles, she was offered to play Ozzfest as an unsigned band and was the first female fronted band to play the touring festival. She signed with legendary label Capitol Records, without a demo, after only 5 live shows, and strictly on the power of her live performance, OTEP has gone on to record 6 studio albums, an EP, and a live album.

Nominated by GLAAD for Outstanding Artist Award alongside Lady Gaga and Adam Lambert, she won MTV’s prestigious BEST VIDEO for Music With A Message Award. Singer, writer, activist, she spoke at the Democratic National Convention in 2008 on behalf of ROCK THE VOTE. A celebrated spoken word artist, she appeared on HBO’s DEF POETRY twice, recorded an unreleased poetry album and authored three books of poetry. She’s also authored a book of short stories titled MOVIES IN MY HEAD and produced and directed an audiobook of one of the stories titled PINEBOX JAKE. Utilizing her incredibly dynamic vocal range she’s also a successful Voice Over Artist appearing in many projects such as the award winning video game THE LAST OF US and in feature films including THE HOBBIT: The Battle Of The Five Armies. Her live performance alongside her very talented musicians has been described as a “complete mutiny of the senses”. Combining spoken word with a cathartic range of emotional screams and soft melodies over an equally bedlamite alchemy of masterful music. When asked about her current line up she’s said:

“These are the most talented group of musicians I’ve ever worked with. We are a family. These are my brothers in arms. My guitarist Aristotle and I have a spiritual connection on an alchemical level that’s preternaturally conducive to creativity. Along with my amazing drummer Justin Kier, we are a force of nature and resistance fighters. Music is our weapon. They believe in what we’re doing, what we stand for, and have the utmost affection and respect for our fans, The OTEP TRIBE.”

Armed with the lethality of master artists, they continue to inspire and crush live shows around the world.