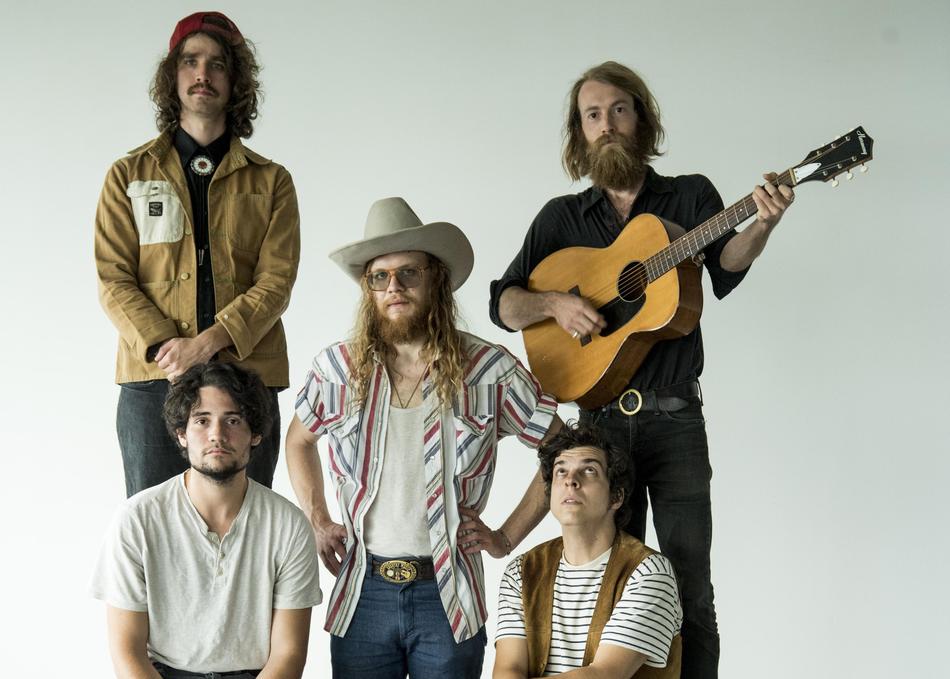 “It’s a snapshot of transition, of worldview formation, of deciding which questions to try to answer, and which ones to leave alone.” That’s Grant Gustafson (guitar/vocals), theorizing about the genesis of Blank Range’s new EP, Vista Bent.

Blank Range was born in Nashville in 2012, by accident. Jonathon Childers (guitar/vocals) and Matt Novotny (drums/vocals) were touring the Southeast with their college band, and through an acquaintance, stayed at Grant’s on their way through Nashville. The last stop on the tour after Nashville was a Memphis house show that was canceled, leaving Childers and Novotny in Nashville for a few more days than originally planned. The seeds of the band-to-be were planted during those days and within six months, Childers and Novotny moved to Nashville. Blank Range was formed shortly thereafter as two separate creative conversations fused into a conversation between two front men and two songwriters.

After making the decision to end an eight-year relationship in favor of forging ahead with a then young creative partnership, Childers slipped into emotional disarray, finding discrete and temporary refuge in the bottoms of bottles. The recording process of Vista Bent forced Childers to reckon with his past face-to-face, unearthing a sober purpose and previously buried optimism. The concluding optimistic outlook of “Gardens” and “Circumstances,” Childers’ two contributions to Vista Bent, are his statements of intent.

Jonathon Childers’ songs are raw, they read like attacks on himself and his circumstances. His voice bears the imprint of more years living than he has been alive, getting gritty when he reaches: “Just take me back,” he pleads, in vain, as “Circumstances” approaches its refrains.”

Gustafson’s questions of intent are communicated partially through a lens that was developed during his music studies at North Central College in Chicago, particularly improvisational jazz. “Jeff Parker was the guy. I took a guitar lesson with him – he was involved with everybody. People didn’t have regular bands at North Central. One guy would get a gig, and invite a bunch of friends to play. It was all improvised.”

Gustafson plays a baritone guitar, custom built by his brother, Alex Gustafson at Chicago Fret Works. An obsession with 1960’s Italian Spaghetti Westerns and soundtrack composer Ennio Morricone led Grant and Alex to collaborate on a baritone guitar that would become part of the foundation of the Blank Range sound. Alex rounded out the Blank Range six string customizations with a recent build for Childers.

Will Brown (keyboards) and Matt Novotny also studied music in college. Novotny gravitated toward the complexity of Latin rhythms. “Matt had a lot of ideas for subtle percussion additions that had been floating around in his head,” Childers indicates. “Seeing him get to realize some of those on Vista Bent was a real joy.” Taylor Zachry’s (bass/vocals) persistence for pursuing The Byrds’ four-part harmonies and Brown’s draw to Duke Ellington’s composition style, round out the Blank Range sound that is ever evolving.

Their shared study of music gives Blank Range a wide sonic palette to draw from, and therefore, the ability to craft more refined portraits of feeling. The execution of communicating those feelings in a live setting has been crafted, in part, by members’ performances on tours playing with Jessica Lea Mayfield, Michael Nau (of Cotton Jones), Quiet Life, Jonny Fritz, and Rayland Baxter.

Blank Range spent the last three years touring North America, supporting national tours for Benjamin Booker, The Mountain Goats, The Cave Singers, and Black Joe Lewis & The Honeybears. On an enigma of a weekend, they opened for Alice In Chains in a few Midwestern casinos. Blank Range’s live performance has blossomed, in part due to the education witnessed while sharing the stage with Spoon, Drive-By Truckers, Houndmouth, Strand of Oaks, Kevin Morby, The Wild Reeds, and Diarrhea Planet.

Vista Bent speaks strait to the heart of the transition into adulthood, where the emblems of youth live on as indelible parts of a full-fledged identity.