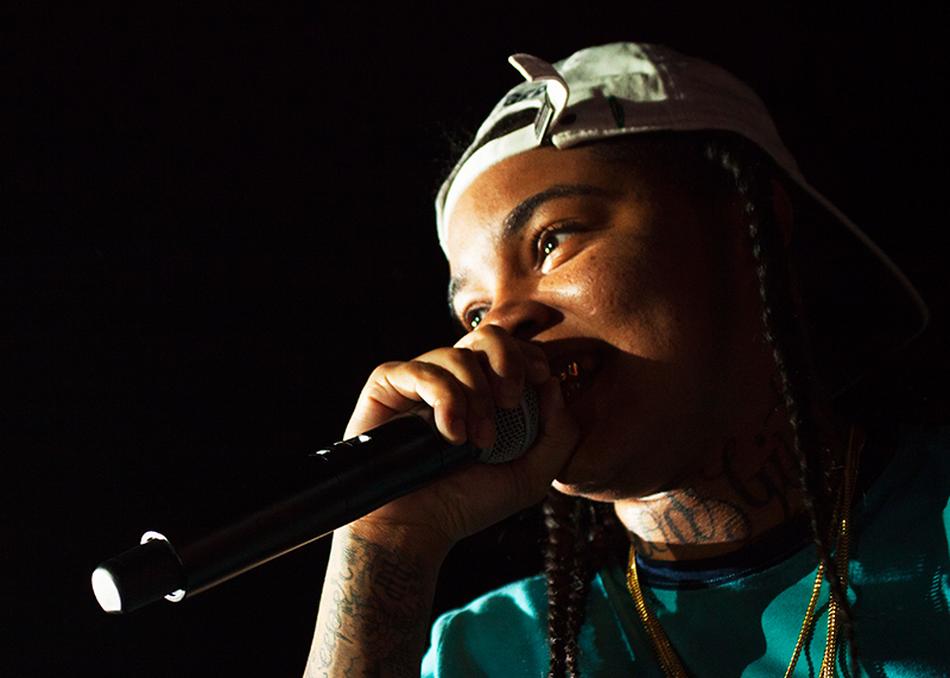 OOOUUU! Young M.A has one of the hottest records of the year with her latest single, “OOOUUU,” which has amassed over 64.2 million SoundCloud streams and 161 million YouTube plays in 8 months. M.A is receiving national radio support from Hot 97 (NYC), Power 105 (NYC), Shade 45, Hip-Hop Nation, Star 94 (Atlanta), Hot 93.7 (Hartford), Hot 97.5 (Las Vegas), WPGC 95.5 (DC) and is currently the Billboard #5 Hip-Hop record and #22 Hot 100 record in the Country. With the record tearing up the clubs, M.A has gained the support of many industry heavyweights with artists such as Beyonce, Jay-Z, T.I., Snoop Dogg, 50 Cent, Alicia Keys, Swizz Beatz, Jadakiss, Cardi B, Jim Jones, French Montana, FunkMaster Flex, amongst others, championing the record. It’s no wonder, The Fader recently named her a top artist to watch in 2016.

M.A first stormed onto the music scene with what’s now over 7.8 million YouTube, and 68M+ Facebook views on her “Brooklyn Chiraq Freestyle” video. The 24-year old MC from Brooklyn, NY is poised to have a break out year. M.A released her ’SleepWalkin’ project in late 2015, as a free download on Datpiff. ’SleepWalkin’ has been viewed over 619K times, with over 224,000 streams at Datpiff. In support of the project, she sold out her lone NYC release show at Webster Hall.

With mesmerizing freestyles and appearances on Funkmaster Flex’s Hot 97 show, Shade45 with DJ KaySlay, Sway In The Morning, the Tonight Show with Jimmy Fallon, the Wendy Williams Show, M.A has no shortage of believers. At this initial stage of her career, M.A was invited to perform at Powerhouse Arena shows in Brooklyn (Barclays) and Philadelphia (Wells Fargo Arena) and is booked solid for shows for the rest of the year.

Already amassing over 1.7M+ followers on Instagram; 815K on Facebook; 60 Million plus SoundCloud streams; 200 million YouTube views; several music videos receiving over 6M+ views; and over 1,500 online shop orders in her first month of retail merchandise operations, few young artists are making such an impact. M.A is living out loud and proud with no fear of judgement, her music is clearly standing out.