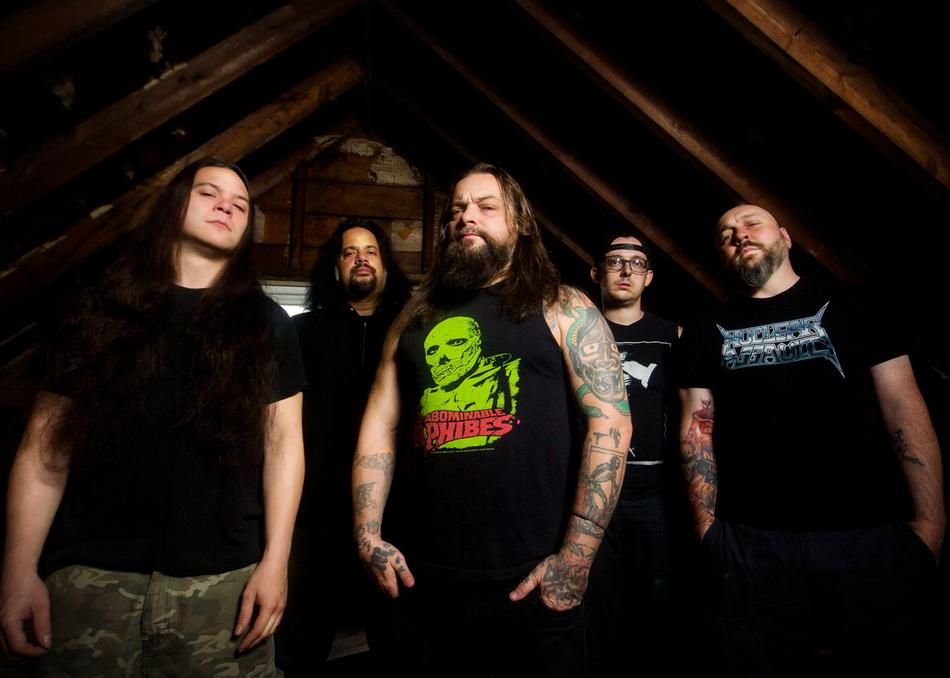 Ever since emerging from the Cleveland metal underground, RINGWORM has garnered the immediate attention of hardcore and metal fans. RINGWORM displays an awesome ferocity in the power of its instruments, and vocalist The Human Furnace uses his voice as a tool to extract the diabolical nature of anyone who hears it. The band has toured with dozens of prominent metal and hardcore acts over the years, ranging from Hatebreed and Converge to Goatwhore, Napalm Death, Voivod, and Eyehategod.

RINGWORM was spawned in 1991 from the metal scene in Cleveland, Ohio. In 1993, the band released The Promise (Incision Records), finding their place amongst other hardcore metal heavyweights such as Integrity and Earth Crisis. However, despite this early success, RINGWORM decided to pursue personal ventures: the Human Furnace concentrated his focus on tattooing and his artwork, while other members joined up with hardcore legends Integrity. Nearly 10 years later, 2001 saw RINGWORM emerge from their hiatus with their critically-acclaimed Victory Records debut Birth Is Pain. Extensive touring followed. The band continued on a steadily upward trajectory, honing its craft and releasing the well-received albums Justice Replaced By Revenge (2005), The Venomous Grand Design, (2007), and Scars (2011) via Victory over the course of the next decade.

In 2013, RINGWORM signed to renowned independent label Relapse Records and released yet another testament to their sheer brutality. 2014’s Hammer Of The Witch helped elevate the band far beyond underground circles, cementing RINGWORM‘s reputation as a hardcore / metal heavyweight and garnering praise from by a wide range of publications worldwide including Pitchfork, MetalSucks, and Revolver.

2016 is poised to be a breakout year for RINGWORM with the impending release of the band’s eighth full-length, Snake Church, a 12-track, 30+ minute testament of vicious aggression. After having converted metalheads and hardcore fans alike with their intense, no-holds-barred live shows and consistently punishing albums over the course of the last 25+ years, RINGWORM once again prove that they are in a league of their own when it comes to face-breaking sonic fury. Recorded and produced by Ben Schigel (Chimaira, ZAO) at Spider Studios and mastered by Brad Boatright at Audiosiege (Nails, Xibalba, Black Breath), Snake Church obliterates the listener and never relents, leaving nothing but bile and bone in its wake.