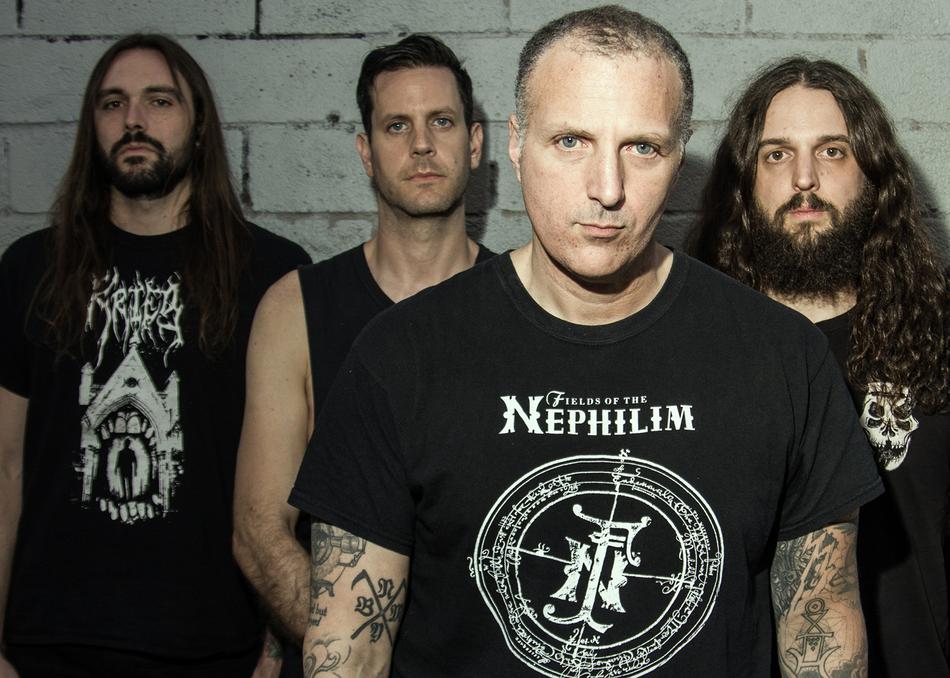 minimalism with the ferocious attack of sludge and traditional black metal. Over the course of

the last nine years, TOMBS have established themselves as an act that's as committed to

consistency as it is to growth, developing smoothly (but never predictably) over the course of

their career. 'All Empires Fall', the band's forthcoming 2016 EP, is a commanding, crushingly

heavy release, one that invokes the kind of grandeur and magnitude its title suggests, and one

that affirms TOMBS as one of the leading lights of American – and international – black metal.

Hill (Anodyne), Dominic Seita, and Justin Ennis, and put to wax in the form of a two-song EP

time TOMBS had partnered with Relapse Records and unleashed their first proper full-length,

2009’s 'Winter Hours', Seita and Ennis had been replaced with Carson James and Andrew

Totality' featured prominently on many critics’ year-end metal lists, including at Pitchfork,

Brooklyn Vegan, Decibel Magazine (where it was named album of the year), NPR, MetalSucks,

In addition to their highly lauded releases, TOMBS have become revered for their captivating

live shows and have toured extensively with an array of artists as eclectic as their sound, trekking

throughout North America and Europe with groups ranging from Eyehategod, Pelican and Isis to

Wolves In The Throne Room, The Secret, Ulcerate and most recently 1349. TOMBS have also

appeared at renowned festivals across the globe, including Roskilde Festival in Denmark,

Roadburn in The Netherlands, and Psycho California & Maryland Deathfest in the US.

Never content to rest on their laurels, TOMBS have continued to evolve following the release

Fade Kainer (Batillus), allowing the group to vastly expand its live sound and elaborate on

previous experiments in the studio. The group’s first release with the new lineup, 'All Empires

Fall', was recorded at Applehead Studios in New York and brought to life by renowned producer

Sanford Parker (Minsk, Twilight, Yob). Clocking in at 24 minutes long, 'All Empires Fall' is a

The band has now signed with Metal Blade Records; expect their debut this summer, produced by Erik Rutan.